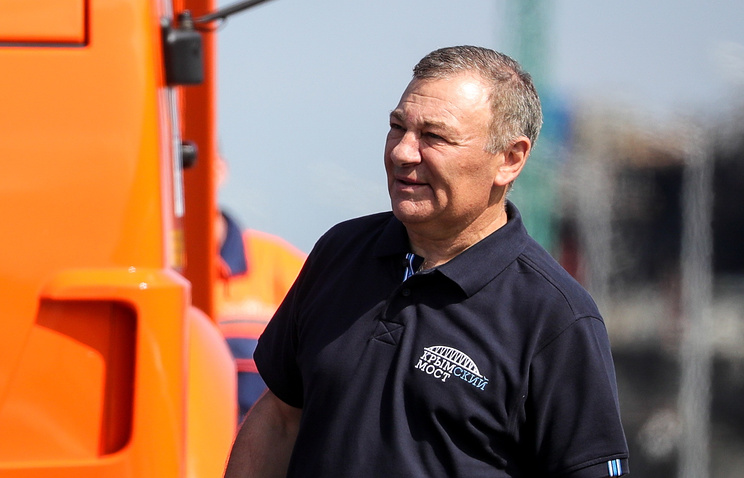 MOSCOW, may 20. /TASS/. Crimean bridge does not require repair in the next 100 years, said on Sunday in interview to the program “week” on NTV, the head of the company “stroygazmontazh” is the General contractor for the construction of the bridge – Arkady Rotenberg.

“100 years he will stay. This is the minimum number, we guarantee it. All done securely, firmly,” said Rotenberg, answering the question of how many Crimean bridge can do without the repair.

He also noted that the experience engaged in construction professionals will be in demand in the foreseeable future. “It will be wrong if we now the whole team disband, and then they will not collect. We already have some plans. The fact that we had a unique experience, and what we will continue to work for the benefit, is of course,” shared his expectations for the future head of the company “SGM”.

Rotenberg noted that the sanctions under which he was due to participate in the construction of Crimean bridge delivered a strong inconvenience to him personally. Nevertheless, he was outraged by the fact that the sanctions have affected his children. “The particular suffering that I did not cause. To say that [life] has not changed can not, because still under it have to adapt in some way: I’m not single, I have a family, children,” he said.

Road part of the bridge that connected the Crimean Peninsula to other regions of Russia, planned to open in December 2018, but completed six months ahead of schedule. The opening ceremony was held on may 15 with the participation of Russian President Vladimir Putin, on 16 may early in the morning on the bridge started traffic.

The construction of the railway part of the bridge continues its opening is planned for 2019.