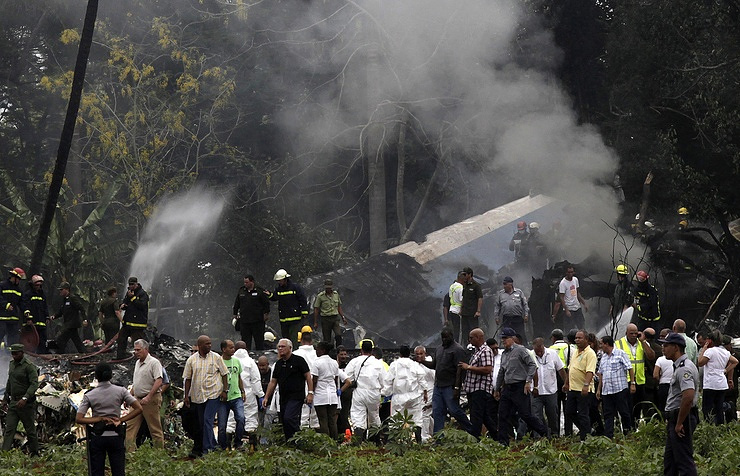 MEXICO city, may 22. /TASS/. The activities of the airline Damojh, who owned the Boeing 737 that crashed on Friday in Cuba, will be suspended. This is stated in the statement of the Main Directorate of civil aviation of Mexico, made public on Monday.

“In the unfortunate incident that happened on may 18, the company “Airlines Damojh” is notified about the start of a major unscheduled inspections, – stated in the document. – It also acknowledges that its activities would be suspended for run-time inspection.”

The company Damojh, also known as Global Air, less than a month ago has transferred to the liner in the rent along with the crew of the Cuban airline Cubana de Aviacion. The last before the catastrophe of the test aircraft took place in November of 2017, received a certificate of airworthiness.

Boeing 737 crashed almost immediately after takeoff from the Havana airport to Holguin city. He fell in the agricultural area between the airport and the settlement of Santiago de Las Vegas, about 20 km South of Havana.

According to Cuban authorities, in the crash killed 110 people, including five children and 11 foreigners. All six crew members of the aircraft were citizens of Mexico.

The cause of the crash is not yet known, found one of two black boxes.