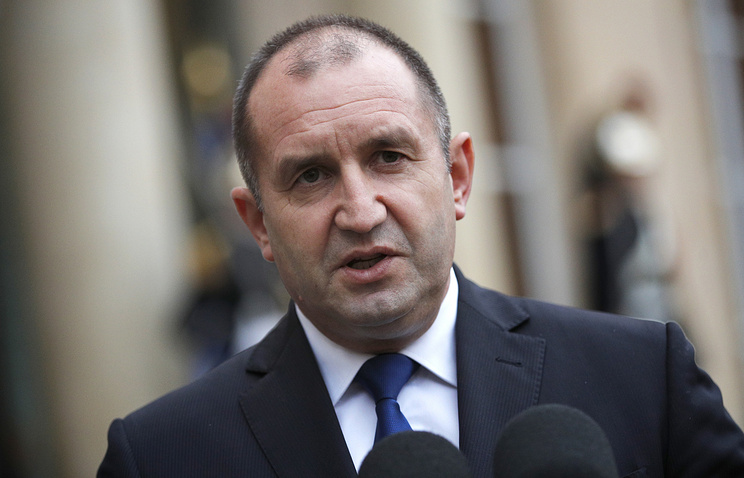 MOSCOW, may 21. /TASS/. Bulgaria needs direct gas supplies from Russia through the Black sea. This way of delivery of fuel will meet the requirements of energy security and efficiency, not only in the country but in the entire European Union. This was stated by the President of Bulgaria, rumen Radev in an interview to the newspaper “Kommersant” published on Monday.

“Let’s call it [direct delivery] “Bulgarian stream”. This approach is dictated by common sense and the requirements of energy security and efficiency, and not only in relation to Bulgaria, but the European Union as a whole,” he said.

Radev considers logical choice for both Moscow and Sofia for the supply of gas to Europe through Bulgarian territory. Having a direct outlet on the black sea coast of Bulgaria in the common interests of the two countries, said Radev.

He added that Bulgaria as a distribution centre has the advantage of already built and operating the transmission system, connecting the country with other States of Central Europe. The country also plans to increase volumes of gas transit with EU support.

At the pre-project surveys for the Foundation of Europe Union donated was allocated €920 thousand One of the main goals of the project is to increase the transit of natural gas, including from Russia, through Bulgaria. Work is already underway.