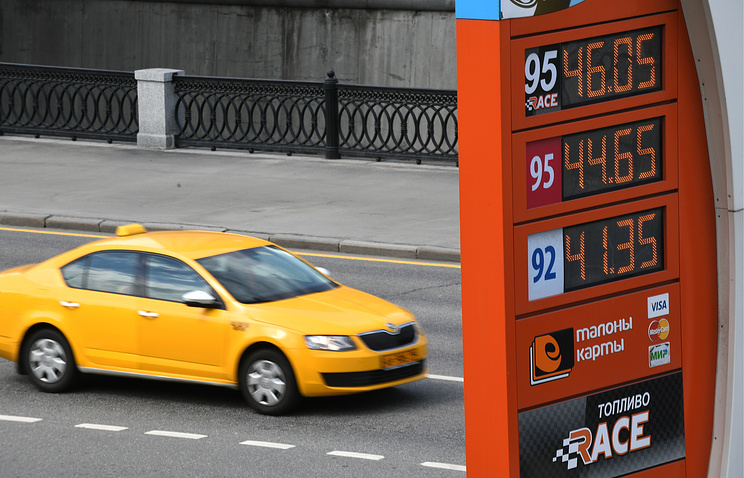 MOSCOW, may 22. /TASS/. The government has instructed the Finance Ministry to consider reducing the excise tax on gasoline by 3 thousand rubles per ton and 2 thousand rubles per ton for diesel that will hold back the growth of prices on Russian domestic market. About this TASS said the head of the control TEK FAS Dmitry Makhonin.

“It was decided by Vice-Premier Dmitry Kozak on the reduction in excise duties for petrol by 3 thousand (per tonne) and 2 thousand for diesel. The minutes of the meeting instructed to agree with the position of the FAS and the Ministry to lower the excise tax and to work through the Ministry of Finance before July 1 from the current rate to reduce excise duty,” he said.

The press service of the Kozak confirmed the information.

The reason for such discussions in the government was the increase in gasoline prices in Russia, which were observed from the beginning of the year. Only for the week from 14 to 18 may average retail prices for gasoline AI-92 and AI-95 in Russia increased by 63 kopecks and reached 40 rubles, and 42,81 rubles per liter, respectively.

FAS accused of price increase the oil companies, which, according to authorities, more profitable to export gasoline than to sell in the domestic market. The service was offered for the normalization of prices to increase the standards of its petroleum products on the exchange – the mandatory sales of gasoline from 10% to 15% of total production in Russia, and diesel from 5% to 7.5%.

The head of FAS Igor Artemyev also said that because of rising oil prices it is possible increase in gasoline prices in Russia above inflation. He emphasized that in such a situation it will be necessary to reduce excise.