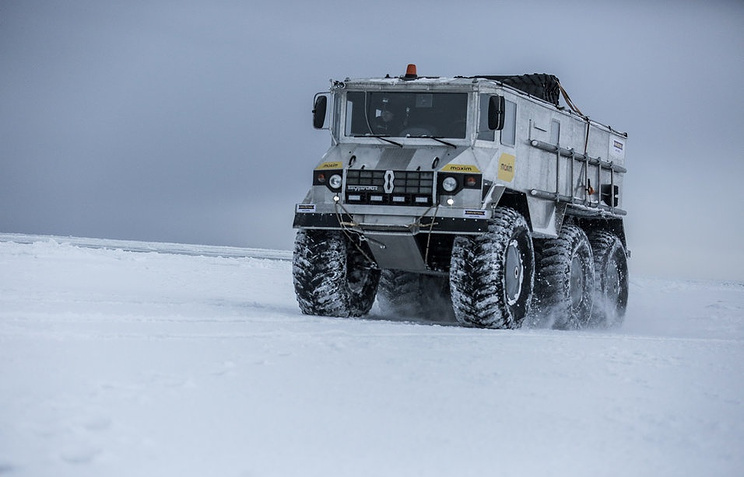 YEKATERINBURG, may 22. /TASS/. The team of Ural engineers who developed commercial, industrial and expedition Arctic ATVs Burlak, launched in Yekaterinburg production. It is planned that a year in the Urals will produce up to 12 cars, said Tuesday TASS chief designer of the project Alexey Makarov.

“Rover “Burlak” can be used in agriculture, oil and gas industry, scientific research, state program of development of the Arctic. Machines are popular with customers, so now the main task – to establish all processes started serial production. It is assumed in parallel to build several machines in the basic design and plans to produce up to 12 cars a year,” he said.

According to the interlocutor of the Agency, in all specifications, forwarding, freight and industrial uses domestic components. “Further upgrading will take place after feedback of customers”, – said Makarov.

Earlier it was reported that assembled and tested by a group of Ural engineers in 2016 Burlak became the progenitor of a new class of multipurpose Russian Arctic all-terrain vehicles, but he was too heavy to travel on thin sea ice and barely went to the beach.

Soon they built a “Burlak 2.0”, which was easier to half a ton and more powerful. His trial was held in February – March 2017, the team went through the same route in 2016: via INTA and Vorkuta (Komi Republic) to Baidaratskaya lips (one of the largest gulfs in the Kara sea) and back through Labytnangi (Yamalo-Nenets Autonomous Okrug), Ivdel (Sverdlovsk region) and Yekaterinburg.

In 2017 in the vicinity of Yekaterinburg was also successfully tested a cargo version of the “Burlaka”, it is suitable for the transport of goods, people, and equipment in difficult areas and at low temperatures. Thanks to the low-pressure tyres all-terrain vehicle does not damage the soil cover and is suitable for use in nature reserves and other closed for entry.