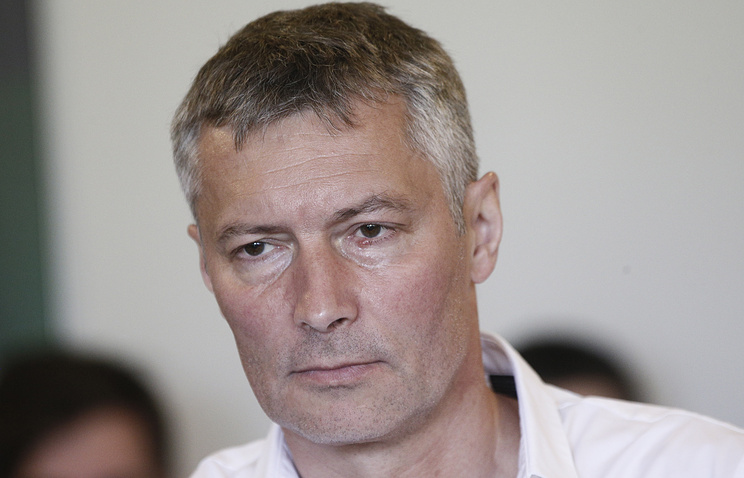 EKATERINBURG, on may 25. /TASS/. The deputies of the Yekaterinburg city Duma on Friday at extraordinary meeting will consider the resignation of mayor Yevgeny Roizman, and will also discuss changes to the city Charter on the abolition of the direct election of the mayor. This was reported by TASS in the press-service Gordumy.

“Held an extraordinary session of Gordumy. The first question deputies will consider the statement Yevgeny Roizman [of resignation], the second amendment to the Charter of Yekaterinburg”, – said the press service, noting that only the agenda of nine items.

Earlier it was reported that on may 22 at a meeting of the city Duma Roizman announced resignation in protest against the abolition of direct elections of the mayor. The same day he filed an official statement.

In April, members of the Legislative Assembly of the Sverdlovsk region adopted the amendment to the regional law on elections of local governments, which changes the procedure of electing the head of Ekaterinburg. Now the mayor will be elected by the city Duma deputies from among candidates proposed by the competition Commission. Amendments should be made to the Charter of Ekaterinburg, to bring it into compliance with the regional legislation. Residents of Yekaterinburg at a public hearing approved the abolition of direct elections.

In 2010, in Yekaterinburg, the system of direct election of the mayor. In September 2013 Yevgeny Roizman became mayor, won the election, and the administration headed by Alexander Jacob.