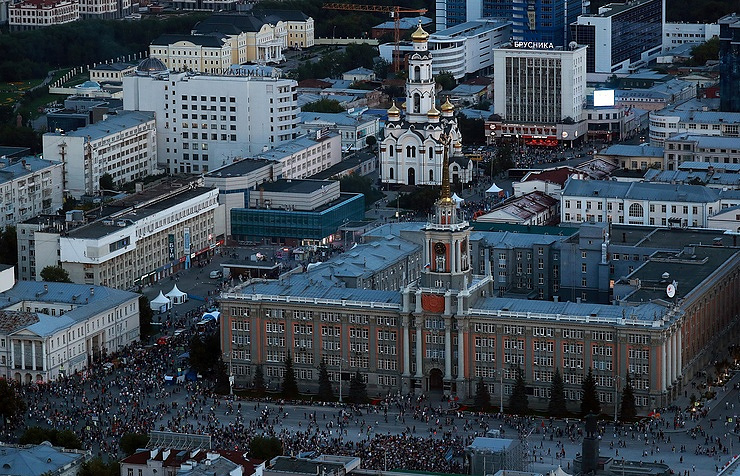 EKATERINBURG, on may 25. /TASS/. The deputies of the city Duma of Yekaterinburg on Friday at extraordinary meeting have made to the city Charter amendment, abolishing the direct election of the mayor, the correspondent of TASS.

For this decision voted 31 MP, one against. Previously, the city Duma accepted the resignation of the mayor of Yekaterinburg, Chairman of the city Parliament Yevgeny Roizman.

As explained TASS in the press service of the city Duma, to adopt the amendments needed to bring the Charter into compliance with the regional legislation.

According to the adopted amendments, the mayor will now elect deputies from among candidates proposed by the competition Commission. The current system in which the mayor performs the duties of the Chairman of the city Duma and the head of administration decided by economic issues, is abolished.

“Temporarily entrust the execution of powers of the head of Ekaterinburg – Chairman of Ekaterinburg city Duma on a trial basis, Viktor Nikolaevich, that is me. This decision is effective immediately. Post it in the “Bulletin municipal Duma” on the Internet”, – said the speaker of the city Parliament.

After the meeting, within 10 days, the acting mayor Victor Tests have to sign changes, then the resolution will be sent to the state registration, then the decision will be published in the newspaper “Evening Ekaterinburg” where the decision of the city Duma and the city administration, and in the newspaper “Vestnik of the city Duma”. It will come into force from the date of publication, however, the acting head will continue to perform their duties until the elections to the city Duma which will take place on 9 September.

In 2010, in Yekaterinburg was a system of direct election of the mayor. According to the amendments, the mayor will now elect deputies of city Parliament from among candidates proposed by the competition Commission. The last elections of the head of Yekaterinburg took place in 2013, they won Yevgeny Roizman, head of the city administration Alexander Yakob.