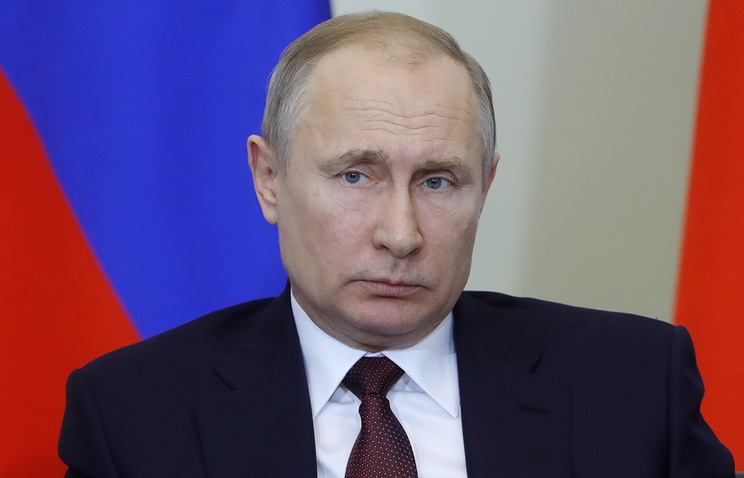 BEIJING, may 28. /TASS/. The President of Russia Vladimir Putin will pay a state visit to China, where he will participate in the summit of the Shanghai cooperation organization (SCO), which will be held in Qingdao. This was announced Monday at a briefing by the assistant foreign Minister of China Zhang Hongwei.

“The upcoming visit of Russian President Vladimir Putin to China will be his first state visit as part of a new presidential term. It is also the first meeting between the two leaders this year. Therefore, this state visit will be an important event for bilateral relations in the first half,” he said.

According to the diplomat, Chinese President XI Jinping and Russian President will hold talks and a joint press conference and will also participate in the ceremony of signing the documents and the official reception. “It will be a lot of other bright moments. For example, the leaders of the two countries will take part in cultural events, to conduct a more thorough exchange of opinions in a free and friendly atmosphere,” he added.

“The two sides will sign important political documents, to summarize and to outline new plans in the sphere of bilateral relations, outline the priorities and objectives of cooperation on current and emerging stages,” said the assistant Minister. “In addition, the relevant authorities of the two countries will sign a number of important joint documents. I am sure that through our joint efforts, the upcoming visit of President Putin to fully demonstrate the special nature and the high level of Russian-Chinese relations”, – summed up Zhang Hongwei.

The SCO summit will be held on 9-10 June in Qingdao city (Shandong province) in Eastern China. Declaration on the establishment of this Association was signed in Shanghai in June 2001 by six States: Kazakhstan, Kyrgyzstan, China, Russia, Tajikistan and Uzbekistan. 9 June 2017 full members of the SCO became India and Pakistan. The work also involved four observer countries (Afghanistan, Belarus, Iran and Mongolia) and six dialogue partners (Armenia, Azerbaijan, Cambodia, Nepal, Turkey and Sri Lanka).