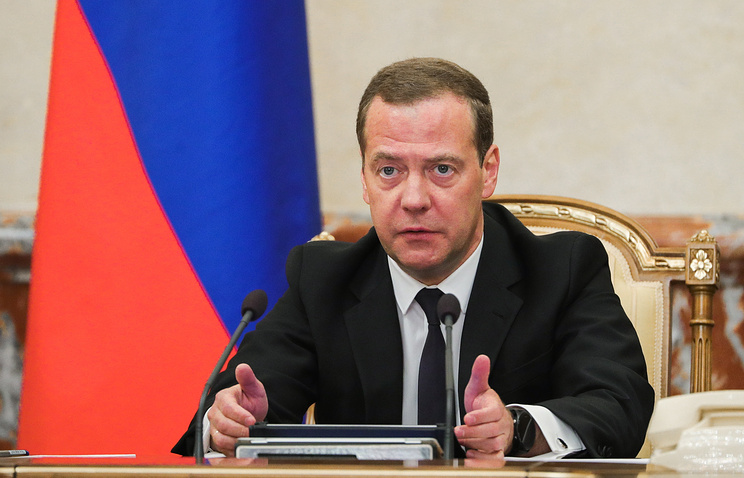 GORKI, may 28. /TASS/. Prime Minister Dmitry Medvedev has distributed duties among his deputies 10.

The Prime Minister signed the document, seen by TASS.

About the main task

In conversation with journalists the press-Secretary of Prime Minister Natalya Timakova has reminded that the main task which was put by the President of Russia Vladimir Putin before the new government is the achievement of the indicators set out in the may decree.

“Accordingly, the main task of the Vice-premiers in the new government will work to achieve these goals fundamentally new,” – said the press Secretary of the head of the Cabinet.

She added that almost every Vice-the Prime Minister secured the execution of certain national projects.

Timakova noted that this was done for personal responsibility and control over the execution of orders.

According to the document, first Deputy Prime Minister and Finance Minister Anton Siluanov will oversee “the whole complex of issues of financial and economic policy”, including the national project on development of small and medium-sized businesses, implementation of programs for the development of international cooperation and exports. His powers are added to the state regulation of production and turnover of ethyl alcohol, alcoholic and alcohol-containing products.

Deputy Prime Minister Yuri Borisov, the head of the Cabinet instructed to oversee the military-industrial complex.

Vice-Premier – head of government office Konstantin Chuichenko will be responsible in the Cabinet for planning the work of the government of the Russian Federation. It is also the control over execution of decisions of the Cabinet, with the efficiency of the Federal bodies of Executive power, the organization of legislative activities, the civil service and intergovernmental committees.

Chuichenko will be in charge of the state policy in the sphere of mass media and mass communications, oversight and enforcement and to improve the corporate governance system.

On may 18 the President of Russia Vladimir Putin signed decrees on the appointment of new Vice-premiers and Ministers. Medvedev at the first meeting of the Cabinet of Ministers on may 22, promised during the week to distribute responsibilities among his deputies.