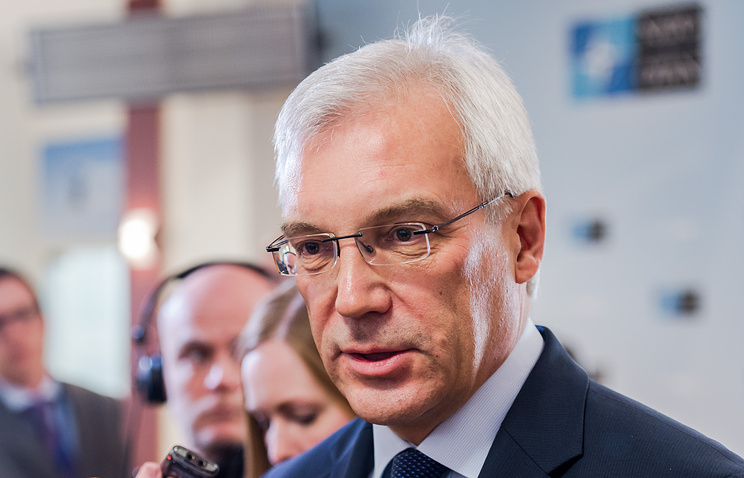 MOSCOW, may 31. /TASS/. The representatives of Ukraine regularly make political statements about the necessity of the UN mission in the Donbass, but in practice, withdrew from working on its founding documents. About it in published on Thursday of interview to the newspaper “Izvestia” said the Deputy Minister of foreign Affairs of Russia Alexander Grushko.

“In the political and information space theme (the UN mission in the Donbass – approx. TASS) affected. But if you talk about what is happening on the diplomatic track, while there is no movement, – he drew attention. – We have a draft resolution introduced last year. Normal work on this requires the introduction of relevant amendments, counter-proposals”.

However, as said Grushko, nothing like this happens. “It gives us the feeling that in fact, Kiev is not interested in peacekeeping operations in accordance with the Minsk agreements”, – he stated.

In September 2017, the President of Russia Vladimir Putin expressed the idea of placing at the line of contact in Donbas, the security of the UN mission to ensure the safety of the OSCE observers. Later he said that UN officials could be found in other areas of Donbass, where the OSCE works. Kiev insists on placing a “UN peacekeeping mission” in the entire territory of Donbas, including the part of the border with Russia.