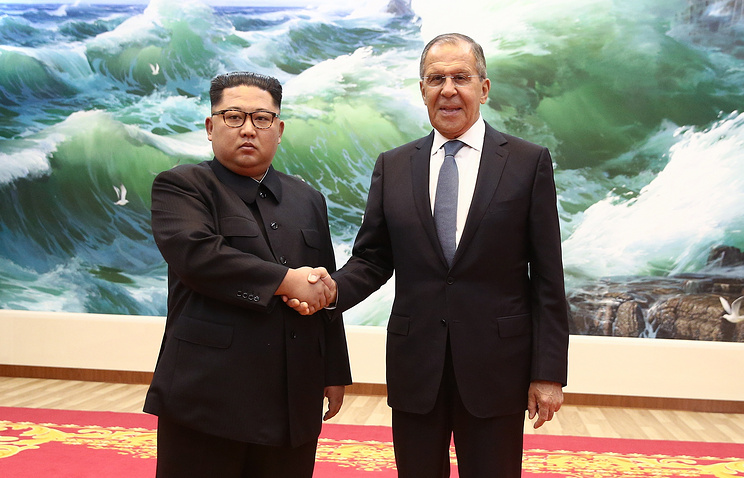 “31 may, the Minister of foreign Affairs of the Russian Federation Sergey Lavrov visited the Korean people’s Democratic Republic on an official visit and was received by the Chairman of the State Council of the DPRK Kim Jong-UN,” – said the Russian foreign Ministry.

“During the talks with Minister of foreign Affairs of the DPRK ri Yong Ho discussed the state and prospects of further development of relations of friendship and cooperation between Russia and North Korea, the 70th anniversary of the establishment of which is noted in the current year, – the document says. – There was a substantive exchange of views on the situation around the Korean Peninsula with emphasis on enhanced coordination efforts for a politico-diplomatic resolution of complex problems of the subregion”.

The reception was held at the residence of honorable guests “Pakhlavon”. Lavrov became the first Russian who met with the current head of the DPRK.