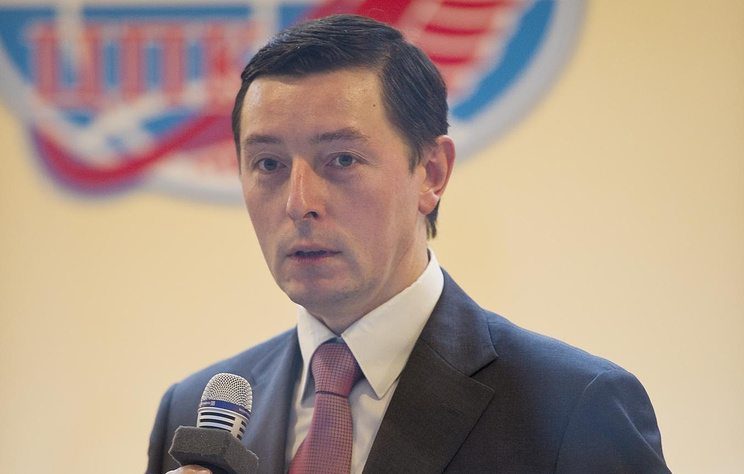 MOSCOW, June 6. /TASS/. Russian ecological party “the greens” voted for the nomination for the election of the mayor of Moscow, member of the Central Council of the party, the Hero of Russia, cosmonaut Sergey Revin, the correspondent of TASS.

“Elect according to the results of the secret ballot as a candidate in mayors of Moscow of the Russian ecological party “Green” Sergey Revin”, said party Secretary of the conference Irina Panteleeva.

He Revin said that the election work will not be easy. “Our main task is to make our party was well-known in Moscow and that the citizens voted for us”, – said the candidate.

As explained at the request of TASS in a press-service “Green”, the applicant will submit the documents to the Moscow election Committee on 7 June.

The program of the candidate

In the electoral program, as Revin, includes “three party unique project.” Is a research and educational program with the support of UNIDO, Russian Federation (United Nations industrial development) on the study of the climatic, geophysical and anthropogenic phenomena on the basis of small satellites, which promotes General and professional education of students and postgraduates, as well as creating highly skilled jobs.

“In addition, the development of the existing project “Ecomizer”. This is a mobile app that informs the user about the current level of air pollution in Moscow on the basis of data from Federal and regional weather stations”, – said Revin.

The third draft election program of the candidate in mayors of Moscow from party “Green” – installation of laser systems for sorting waste at the “unique Russian – German technology in five certified industrial sites”.

Sergei Revin was born on 12 January 1966 in Moscow. In 2012 as a flight engineer of spacecraft “Soyuz TMA-04M” has made space flight a duration of 125 days, and in 2014 was awarded the President of the Russian Federation with the medal “gold star” for courage and heroism (the Hero of Russia – approx. TASS), manifested in the implementation of long-term space flight on the International space station.

In 2017, the ravine became a member of the Green party. He is a candidate of pedagogical Sciences. Currently working in the fgbi “Sri cosmonaut training Center named after Yury Gagarin”.

Elections of the mayor of Moscow

The Moscow city Duma on 2 June adopted a resolution on the election of the mayor on September 9, and on 3 June published it on its website. Thus, in the capital started the election campaign.

Candidate for mayor, to check on the elections, must collect the signatures of 110 municipal deputies in 110 municipalities. The independent candidate must also enlist the support of 36 million voters.

The incumbent mayor, Sergei Sobyanin announced his intention to stand in mayors of Moscow, without specifying yet, he goes from party or as the independent candidate. The Communist party is one of the priority candidates called ex-Deputy of the state Duma Vadim Cumin, “Fair Russia” plans to put forward in mayors the head of the municipal district Taganskaya Ilya Sviridov, the liberal democratic party does not preclude the nomination of the Deputy of the state Duma Mikhail Degtyarev, who participated in the mayoral campaign in 2013.

Yabloko to determine the candidate for mayor was conducted by the primaries, in the second round, which the head of the Moscow municipal district “Tver” Jacob Jakubowicz won the Chairman of the Moscow branch of the party Sergey Mitrokhin. However, Yakubovich refused to run because of the confidence that will not pass the “municipal filter”. Mitrokhin also said about the readiness to run.

The head of the party “green Alliance” Alexander Zakondyrin became a candidate for mayor of Moscow from environmental organisations. Former state Duma Deputy Dmitry Gudkov plans to run for elections from the party “Civil initiative”.