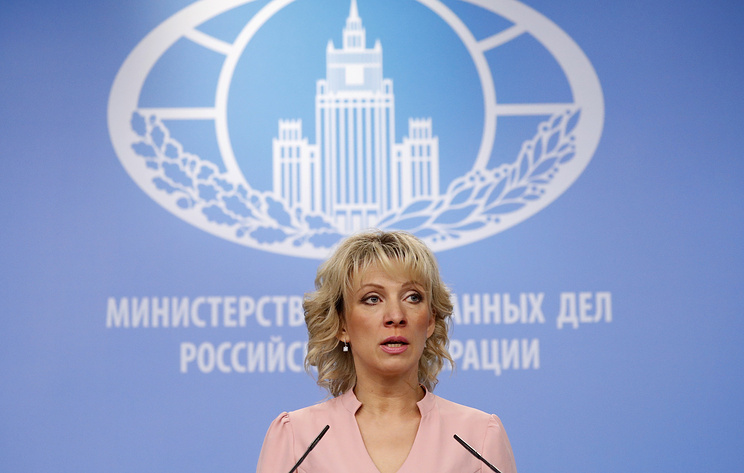 SAMARA, June 20. /TASS/. The U.S. decision to withdraw from the Council the UN human rights Council (HRC) was incorrect, said Wednesday at a briefing the official representative of Russian foreign Ministry Maria Zakharova.

“No one is gloating about the lack of participation of the USA in the UNHRC. We believe this is erroneous, [as] the approach of the United States, when they use their powerful resource exclusively for pushing their own interests, although it can be used for good”, she said.

The official representative of the Russian foreign Ministry pointed out that Washington’s decision has dealt a powerful blow to his reputation in the field of human rights. “The US has once again struck a powerful blow on its own human rights reputation and has shown a disregard not to the HRC, in principle, to the UN and the structures which it contains,” said she.

Zakharov added that the decision did not surprise Moscow, because such precedents have already been – for example, when the United States decided to withdraw from UNESCO.

“It is trite, boorish cynicism of the American colleagues who stubbornly refuse to admit that you have serious problems with human rights, but at the same time trying to endlessly reshape their own political interests the composition of the Board, which allegedly – they stress – do not place the worst offenders of human rights,” said Zakharova, commenting on Washington’s decision.

“Attempts to impose by force a very specific understanding of human rights to other States in itself is a gross deviation from human values and civilized norms of behaviour in the international arena,” she added.

The official representative of the Russian foreign Ministry expressed hope that the UNHRC will be able to work effectively without Washington, and Russia will continue it efforts to develop a constructive and depoliticized dialogue. “Clearly, the activities of the HRC, there are disadvantages and disadvantages. It’s not a perfect structure, but the ideal structures do not exist. But HRC has proven its viability, she said. – Russia will continue to work actively on developing mutually respectful, constructive, depoliticized dialogue within the Council, which will focus on the promotion and protection of human rights in all regions of the world.”

“To this end, Russia has put forward its candidature for election to the composition of the UNHRC in 2021-2023 year”, – said the official representative of the foreign Ministry.

The decision of the United States

US Ambassador to the UN, Nikki Haley, speaking on Tuesday to reporters at the state Department, on the country’s withdrawal from the Geneva-based Council on human rights. In recent months, Washington has repeatedly acted with criticism of the UNHRC. The American authorities, in particular, accused the body of bias towards the United States and Israel. Haley in 2017, stated that the HRC should not be part of the state where regularly there are cases of human rights violations.