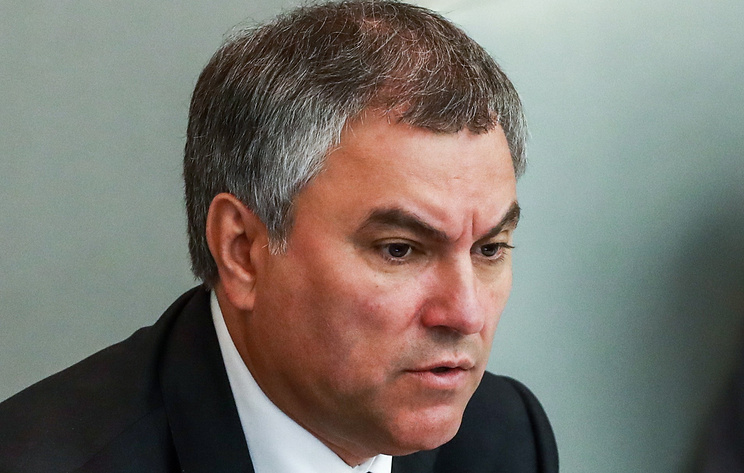 BAKU, 24 June. /TASS/. Relations between Russia and Azerbaijan can be characterized as strategic partnership, said on Sunday speaker of the state Duma Vyacheslav Volodin at a meeting with Azerbaijani President Ilham Aliyev.

“I think what is done in foreign policy in matters of rapprochement of relations between our countries is a good indication that relations between Russia and the Republic of Azerbaijan are at a very high level. We are strategic partners. We of course always underscore the role played by our presidents – Vladimir Putin and you” – addressed the Chairman of the lower house of the Russian Parliament to the President of Azerbaijan.

Volodin noted that the convincing victory of Aliyev at the last April presidential election (according to the CEC, he scored 86,02% of the votes of voters who took part in the vote) said the support of the chosen course, including in matters of foreign policy.

Aliyev also noted that the meeting of heads of state, strengthen relations between the two countries in all areas. At the same time, he stressed the importance of building a dialogue and inter-parliamentary levels.

“As you know, we cooperate in many spheres. Very multifaceted and constructive relationship we have developed. And, of course, inter-parliamentary cooperation has a special importance: we work in the framework of international organizations, we always supported each other on international platforms – this is a sign of trusting relations between our countries,” Aliyev said.

State Duma delegation headed by speaker Vyacheslav Volodin is in Azerbaijan on an official visit.