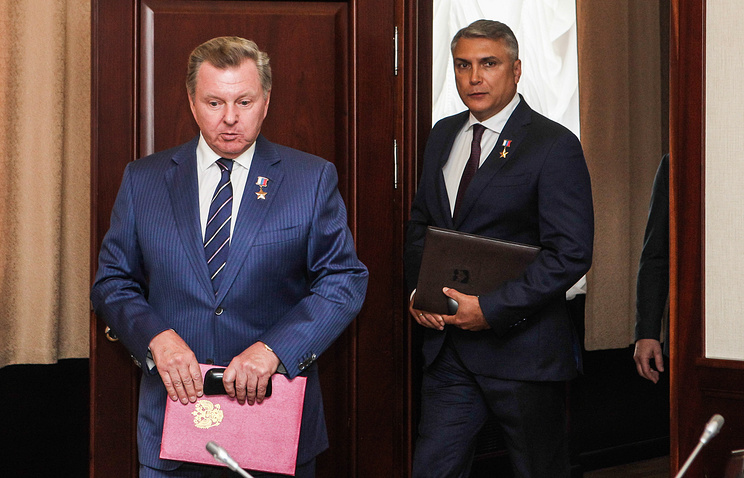 The President of Russia Vladimir Putin on June 26 appointed his envoy in the North Caucasus Federal district the General-Lieutenant Alexander Matovnikov former Deputy commander of the special operations Forces of the armed forces. He was succeeded by Belavencev, also a former military Vice – Admiral, retired, has experience serving on nuclear submarines of the red banner Northern fleet.

“By the decree of the President of Russia for the post of Ambassador appointed Alexander Matovnikov – military officer, has received many awards. I am sure that in this position he will successfully solve the tasks. I sincerely wish him success in this most interesting district of the country”, – said Oleg Belavenets.

In turn, Matovnikov said that he intends primarily to focus on resolving issues of the region’s economy and security. “The tasks set by the President, will perform as a team with the heads of the republics. The main task is the implementation of bodies of state power of the main directions of the state internal and external policy, increase the standard of living of the population of the County. This is a very important region, which defines the degree of security of our country,” he said.

The new envoy intend for the next month to examine the situation in the district and identify priority actions. “Until the end of July, my task is to get acquainted with representatives of the government and with the regions. You will pass in all regions, met with the Republic’s leadership, all branches of government,” he said.

According to him, the main task – to create all conditions for execution of constitutional rights of citizens, improving living standards in the region. “Here you must work well, live well and, of course, not to forget about national security,” said Matovnikov.