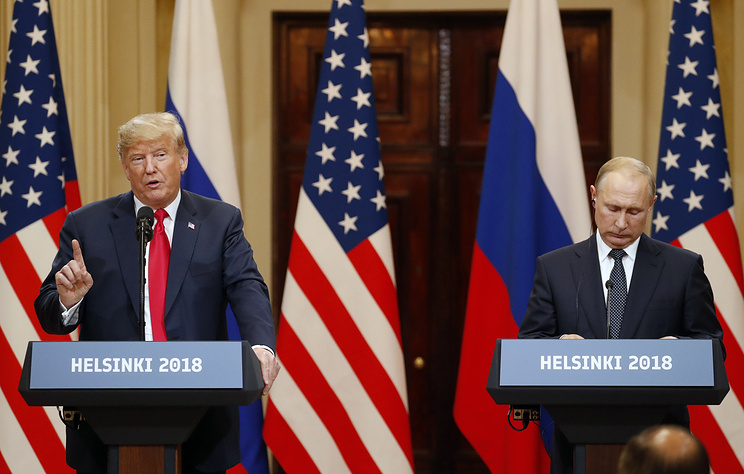 HELSINKI, July 16. /TASS/. Russian President Vladimir Putin acknowledged that the positions of Moscow and Washington differ on Crimea, but in Russia “it is finished.”

“The position of President [of the USA Donald] trump in the Crimea is known, and it follows, he speaks on the illegality of the annexation of Crimea to the Russian Federation”, – stated the head of the Russian state at a press conference following the summit Russia – the USA.

He stressed: “we Have a different point of view, we believe that we held a referendum in strict compliance with international law, the Charter of the United Nations”. “For us, the Russian Federation, this question is closed. All” – said Putin.

March 11, 2014 Supreme Council of Crimea and the Sevastopol city Council on the background of political crisis and regime change in the Ukraine adopted the Declaration on independence of Autonomous Republic of Crimea and Sevastopol city. March 16 on the Peninsula with a turnout of over 80% held a referendum, the results of which for the reunification with Russia voted 96,77% of voters of the Republic of Crimea and 95.6% of Sevastopol. March 18, was signed the agreement on the adoption of new constituent entities in the Russian Federation.

Ukraine, USA and EU refused to recognize the independence of Crimea and its reunification with Russia.