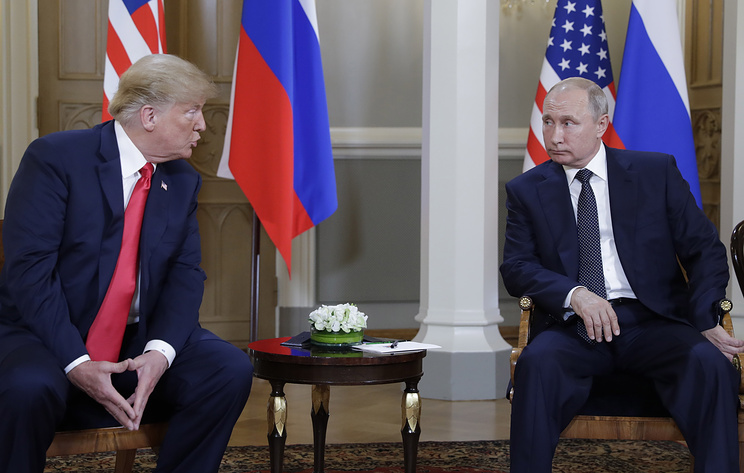 HELSINKI, July 16. /TASS/. Negotiations of presidents of Russia and USA Vladimir Putin and Donald trump in a tete-a-tete continued for one hour. Meeting face to face takes place behind closed doors without the presence of the media in the Gothic hall of the presidential Palace in Helsinki, the correspondent of TASS from the event. Members of the delegations before the meeting in the hall was the assistant to the President for homeland security John Bolton.

The leaders of Russia and the United States began negotiations with an exchange of brief greetings. Putin started the conversation with his U.S. counterpart, however, in the presence of reporters, said just a couple of sentences, noting that he was glad the meeting with his American counterpart and intends to discuss the relationship between Russia – US and world problems. His counterpart also expressed readiness to talk on wide range of topics, ranging from issues of trade and military cooperation, to relations with China and accumulated by Russia and the United States problems. Trump has confirmed the planned negotiations: first alone and then with the participation of members of delegations.

In the open media Protocol part of the conversation Putin and trump said exactly what I wanted to say, despite the attempts of journalists, contrary to the practice, to ask them questions directly in the beginning of the meeting. From the conversation, the presidents did not shake hands as they met and shook hands in another room during the traditional ceremony of joint photographing, but after their brief statements trump still held out his hand and Putin shook her.

As previously reported, the Protocol for this event is allotted an hour and a half, however, a clear time limit.