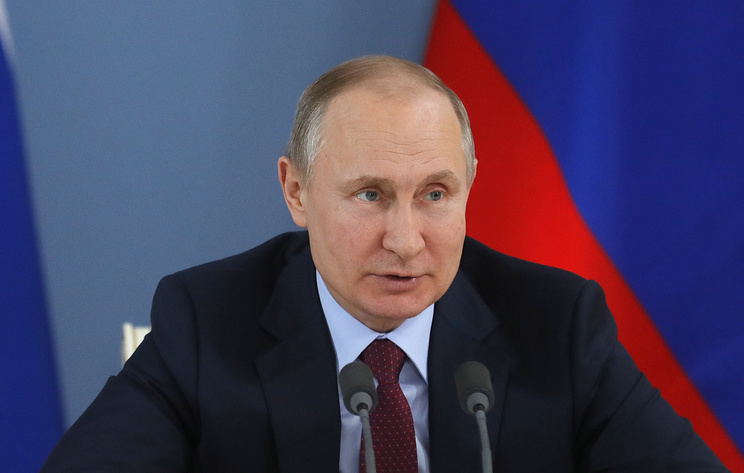 MOSCOW, July 19. /TASS/. The President of Russia Vladimir Putin has signed the decree about streamlining of activities of Advisory and consultative bodies under the President of the Russian Federation. Document published on the portal of legal information.

The Presidium of the Council headed by Prime Minister Dmitry Medvedev. His deputies are the Russian presidential aide Andrei Belousov (is also the Secretary of the Board), first Deputy Prime Minister, Minister of Finance Anton Siluanov and the Deputy head of the government Anatoly Kiriyenko, who also serves as Executive Secretary of the Bureau. In addition, the Bureau is composed of all the Vice – premiers and the Chairman of Vnesheconombank Igor Shuvalov. Members of the Bureau, in coordination named President of Tatarstan Rustam Minnikhanov and mayor of Moscow Sergey Sobyanin.

In addition, the composition of the Council as permanent members entered the presidential Plenipotentiary representatives in Federal districts, the head of the presidential administration Anton Vaino, the assistant to the President Igor Levitin, Andrey Fursenko, head of control Department head of the Chalk and the President of RAS Alexander Sergeev. Council members are appointed by agreement of the heads of the chambers of Parliament Valentina Matvienko, Vyacheslav Volodin, Chairman of the accounts chamber Alexey Kudrin, the head of the Executive Committee of the popular front Alexey Anisimov, the President of public organization of small and medium entrepreneurs “Support of Russia” Alexander Kalinin, President of the chamber of Commerce Sergei Katyrin, President of public organization “Business Russia” Alexey Repik, Director General of the Agency for strategic initiatives Svetlana Cumshewa, Chairman of the Federation of independent trade unions Mikhail Shmakov and President of the Russian Union of Industrialists and entrepreneurs Alexander Shokhin.