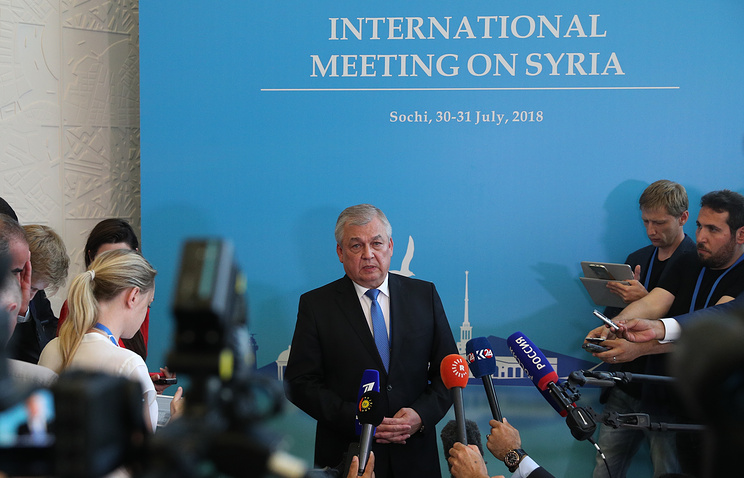 SOCHI, July 30. /TASS/. The talks on Syria in Astana format in Sochi are held in a constructive spirit. About it to journalists on Monday said the Russian President’s special envoy on the Syrian settlement, Alexander Lavrentiev.

In his words, “they [the negotiations] are in the planning, working, constructive spirit”.

However, he did not disclose details of the negotiations, specifying that they will be announced following the meeting.

On Monday in Sochi began a two-day international high-level meeting on Syria, under the chairmanship of the countries – guarantors of the truce in the Arab Republic (Russia, Iran and Turkey). The main topics are the formation of the Syrian Committee on the Constitution, the situation in the areas of de-escalation and the return of refugees and other humanitarian issues, including exchange of prisoners and detained persons between the parties to the conflict.

In the first day, a meeting of the Russian delegation with the special envoy of the UN Secretary General on Syria Staffan de Mistura, the representatives of the governments of Syria and Iran.