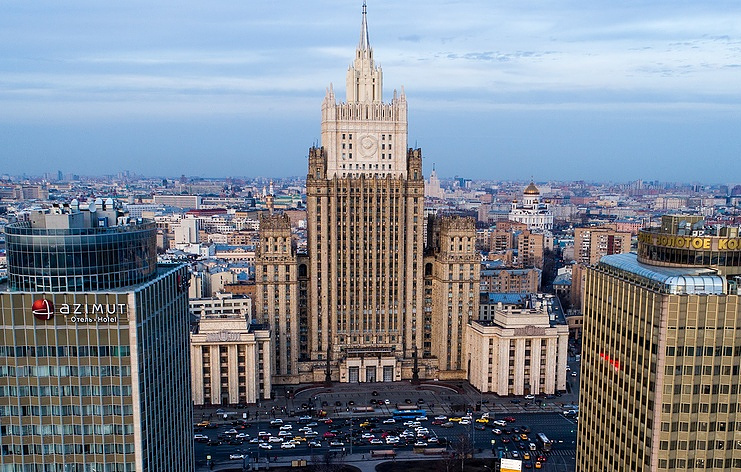 MOSCOW, July 30. /TASS/. Moscow sees Washington’s refusal to take part in the meeting on Syria in Sochi as an attempt to discredit the Astana format. This was stated on Monday by the official representative of Russian foreign Ministry Maria Zakharova, answering a media question about nonparticipation of States in the International meeting on Syria in Sochi on 30-31 July.

“We see in the reluctance of the US to send in Sochi their representatives as an attempt to belittle the importance of the Astana format, to discredit the implementation of those mediation efforts in Syrian Affairs that Washington is unable to put under control”, – said the diplomat. “And call US to bring to the fore the Geneva area, including under the pretext of supporting the special envoy of the UN Secretary General on Syria Staffan de Mistura, looks quite ridiculous, given concerned the personal involvement of UN personnel in the Sochi event”, – said Zakharov.

According to her, the failure of the American side to take part in the Sochi meeting as an observer makes of the Russian Federation in a situation where the “Washington constantly hear the assurances of readiness to promote the political process in Syria.” “The meeting in Sochi dedicated to just this task. In addition, we have always stressed that the Astana site in any way is not an alternative to Geneva, and is designed to really help us move forward on this track in accordance with resolution 2254 of the UN security Council,” – said Zakharov.

On Monday in Sochi began a two-day international high-level meeting on Syria, under the chairmanship of the countries – guarantors of the truce in the Arab Republic (Russia, Iran and Turkey). The main topics are the formation of the Syrian Committee on the Constitution, the situation in the areas of de-escalation and the return of refugees and other humanitarian issues, including exchange of prisoners and detained persons between the parties to the conflict.