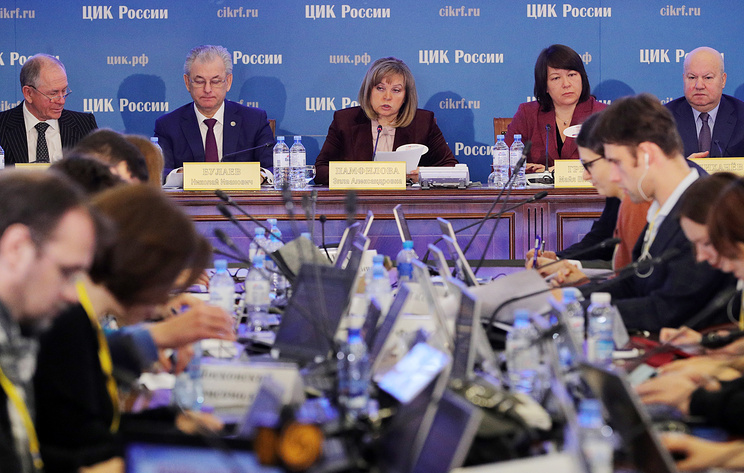 MOSCOW, 8 Aug. /TASS/. The Central election Commission of Russia believes that the wording of the question that the initiative group created by the candidate in mayors of Moscow from “just Russia” Ilya Sviridov, proposes to the national referendum against the increase of retirement age, meets the requirements of the law. The same decision of the CEC plans to bring the referendum question, which offer the initiative group, created in Moscow region and Altai Krai.

The conclusions prepared for the meeting of the Commission on Wednesday.

Question Sviridov initiative group formulated the following way: “for You to the age established by the legislation of the Russian Federation on pension provision as at 1 July 2018, at which there is a right to pension for old age, not changed?”. Meeting organized by the head of the municipal district Tagansky and mayoral candidate, was held in Moscow on 3 August.

In the Moscow region and Altai territory took place the meeting of the initiative group, the organizers of which is not known. Offered in the suburbs the question is: “do you Support that the established legislation of the Russian Federation on pension provision as at 1 July 2018, the age at which there is a right to a retirement pension cannot be increased?”.

In the Altai region on the referendum I propose to put the question: “do you Agree that the laws of the Russian Federation on pension provision as at 1 July 2018, the age, the achievement of which gives the right to the appointment of insurance old-age pension (for men – 60, women – 55 years), must not be increased?”. This initiative belongs to the Communist party, told journalists CEC member representing the Communist party Eugene Kolyushin.

Earlier, the Communist party held a meeting of initiative group in Moscow, which approved the question in the same wording.

Regional electoral Commission, received a petition for registration of initiative group for 15 days to make a decision on its registration, based on the CEC decision on compliance with the requirements of the law the wording of the referendum question. In one region, two parallel initiatives with similar questionnaires approved may not be, the electoral Commission must register the group first submitted the documents.

In early July, the Communist party in Moscow made the first attempt to initiate a referendum against increasing the retirement age. The Communists have proposed to submit to referendum the question “do you Agree that in Russia the age of eligibility for appointment of insurance old-age pension must not be increased?”. The CEC considered that the wording of the question allows for multiple interpretations and may lead people astray, and the Moscow city election Commission denied registration to subgroups on the basis of this conclusion. The Communist party, after consultation with the CEC Chairperson Ella Pamfilova rephrase the question of a referendum and approved at the meeting of the new initiative sub-group on 7 August.