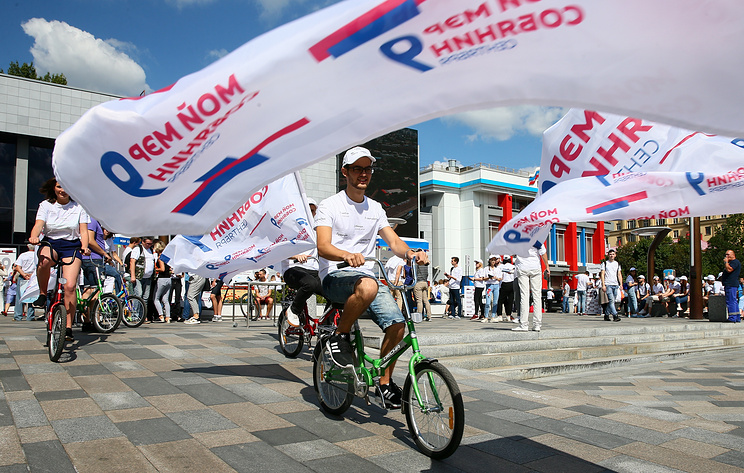 MOSCOW, August 9. /TASS/. Start the active campaign of the candidate in mayors of Moscow, acting mayor Sergei Sobyanin will start from August 13. This was reported to journalists on Thursday the Chairman of the electoral headquarters Sobyanin Konstantin Remchukov.

The campaign period in the media starts on August 11 in the 28 days before the election and ends on the night of 8 September, when the day of silence.

“The election campaign of the candidate shall be August 13, a new phase is active. To do this, we trained 10 thousand volunteers,” said Remchukov.

“There will be eight types of pickets with the use of latest technology: with the help of phones and augmented reality planned a virtual tour about the changes in Moscow over the past 100 years. We also plan to establish a “publicity booth” where Muscovites will be able to tell them to do if you become mayor,” – said the head of staff.

In addition, volunteers will distribute to voters campaign materials: brochures about Moscow, 146 pamphlets “My region”, as well as badges, postcards, stickers and magnets.

Sergei Sobyanin is one of the five candidates for mayor of Moscow, he participates in elections as the independent candidate. Elections of the mayor of Moscow will be held September 9, in a single day of voting.