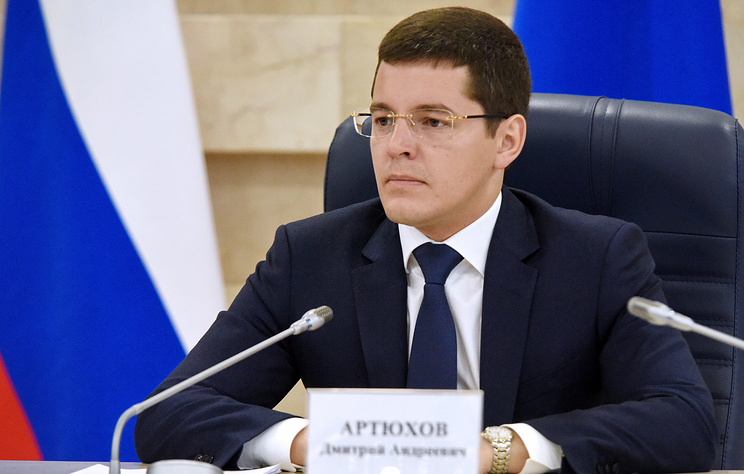 MOSCOW, August 15. /TASS/. The construction of the Northern latitudinal – new railroad in the Yamal-Nenets Autonomous district (YANAO) – will help to improve transport and social sphere of the Arctic region. This was announced on Wednesday, TASS, the acting Governor of the YNAO Dmitry Artyukhov.

Earlier it was reported that the Russian government has disposed to enter into a concession agreement with OOO “SSH” for the construction of the railway line Obskaya – Salekhard – Nadym. The relevant document published on the website of the Cabinet.

“This long-awaited event, which we were more than one year. This is an extremely important project for our residents who eagerly waiting for the bridge across the Ob. Construction SSH is the development of the district economy and, therefore, additional tax revenues that we can spend on construction of new kindergartens, schools, sports complexes and other necessary people social infrastructure”, – said Artyukhov.

He called concession, public-private partnership “the most progressive form of realization of such large capital-intensive initiatives in order to ensure their funding.” “Construction of the Northern latitudinal give us the opportunity to realize the tasks set by the President of Russia on development of Russian Arctic. This railway will allow to develop new production, will reduce the time and simplify the delivery of goods from Western Siberia, relieving the TRANS-Siberian railway”, – said Artyukhov.

In the framework of the project the government of Yamal-Nenets Autonomous district will act as the investor of construction of the motorway bridge across the Ob and provide necessary project documentation. The region will provide to the Federal ownership of land required for highway construction will provide builders access to water bodies and forest areas and provide tax breaks on the property, said TASS in the press-service of the Governor of the region.

The bridge across the Ob river will connect the cities of Salekhard and Labytnangi. Its construction will provide 8.2 billion rubles from the regional budget, the active phase of construction will begin in 2019.

“We were talking on the inner peripheral societies, is a very important issue, unfortunately not all work, including implementing the government’s programmes are regional or district-based companies. Competence sufficient to design, and build (bridge over the Ob river – approx. TASS), Moscow is no exception, so we now carefully review all programs, all public investment in the regions and try to find common ground, to still the money possibly could to stay in the region. Thus, in addition to the construction and the participation of enterprises, we are increasing our competence”, – he told TASS.

In October 2016, Russian Railways and the government of the Yamal-Nenets Autonomous district have agreed on a project for the construction of the railway Obskaya – Salekhard – Nadym – Pangody – Novy Urengoy – Korotchaevo railway approaches. 24 December 2016 in Moscow, was registered as a company-concessionaire – “SSH”. Its owners are currently Spetstransstroy, OOO (50,1% of shares) and the structure of Russian Railways – JSC “KRP-invest” (49.9 percent).

The creation of a highway will contribute to integrated economic and territorial development of the Yamalo-Nenets Autonomous district. The existing transport infrastructure is insufficient to ensure the full exploration and exploitation of deposits, as well as the transporting of extracted raw materials.

SSH will connect the Northern and Sverdlovsk Railways and become a single element of the Arctic transport system and infrastructure for the development of natural-resource potential of Russian Arctic zone. In addition, the project will relieve the Sverdlovsk railway and the TRANS-Siberian railway, redirecting cargo to the Northern latitudinal railway, thus enabling to carry new types of cargo.