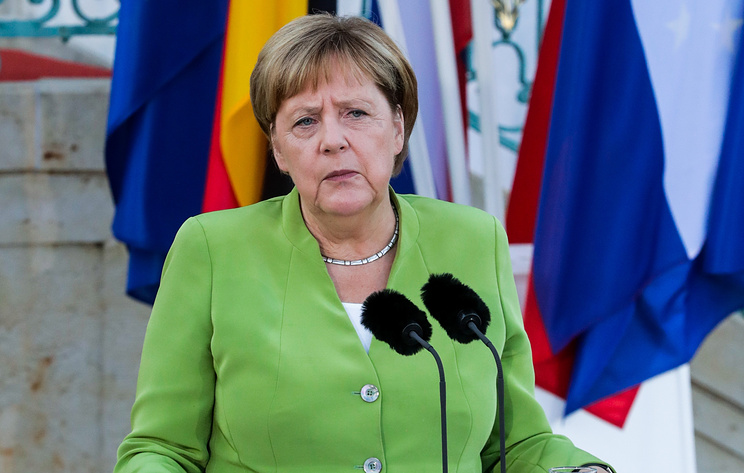 BERLIN, August 18. /TASS/. Ukraine must preserve its role of a country which transports Russian gas to Europe, despite the implementation of the project “Northern stream – 2”. On Saturday said the Chancellor of Germany Angela Merkel before the talks with Russian President Vladimir Putin in the Meseberg castle near Berlin.

“Regarding Ukraine, we will also discuss the issue of gas transit, she said. – I believe that Ukraine should maintain a role in the transit of gas to Europe in the case of the existence of the “Nord stream – 2”.

“And I’m really glad I was able to begin staging the talks between Russia and Ukraine with participation of the EU”, – added Merkel.

The project “Northern stream – 2” involves the construction of two pipelines with a total capacity of 55 billion cubic meters of gas per year from the coast of Russia through the Baltic sea to Germany. The construction cost is estimated at €9.5 billion, the launch is expected before the end of 2019.

The situation in Ukraine

Merkel added that Germany and Russia should continue to seek ways to resolve the conflict in Ukraine, the basis for settlement remain the Minsk agreement.

“We have been working for a long time on it, based were and remain the Minsk agreement, although we must admit that there is still no stable truce”, she said. “I hope that by the beginning of the school year will be able to make another attempt to move forward in the breeding of forces,” – said Merkel.

“We will also discuss today the possibility of the creation of the UN mission, which could contribute to reconciliation,” – said the Chancellor, adding that “in any case, Germany is ready to contribute in the framework of the “Norman format” in this effort.

Earlier on Saturday, foreign Minister of Germany Heiko Maas expressed the readiness of Berlin “to give new impetus to the Minsk process”. He also noted that he had “cautious optimism regarding the UN peacekeeping mission”.