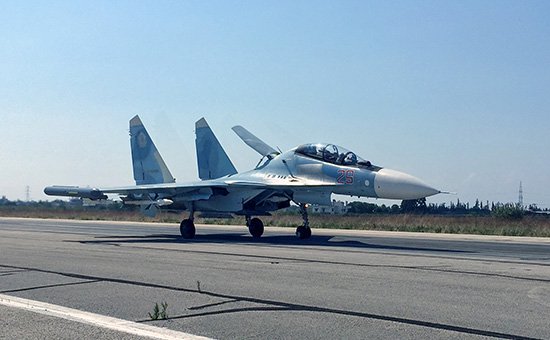 The Russian military has offered to the countries of the coalition against terrorist group “Islamic state” to transfer Russia’s existing intelligence on the positions of Islamists in Syria. With this initiative, the military attaché of countries in the coalition appealed the Deputy Minister of defense Anatoly Antonov and head of the Main operations Directorate of the General staff Andrey Kartapolov

“Our information on the locations of ISIS terrorists in Syria repeatedly verified and accurate. But if the military departments antiepilepsy coalition has additional information about terrorists, ask them to provide us,” Interfax quoted Colonel-General Kartapolov. He noted that this information will be taken into account when planning combat missions of the Russian air group.

Earlier, the US and its allies have accused Russia of her air group in Syria strikes are not the positions of the “Islamic state” (the activities of this organization forbidden in Russia and in several other countries), and in fighting against Assad troops of the opposition.

Monday, 5 October, a spokesman for the foreign Ministry of Russia Maria Zakharova said that since the beginning of operation of Russia in Syria to the world media turned a powerful anti-Russian campaign. According to her, the charges are based on unconfirmed data and unnamed sources, but facts often contradict each other. Zakharova cited the example of some Western editions, which, according to her, accused Russia of crimes without providing a credible source of information.

On Wednesday, major-General Igor Konashenkov issued a denial of reports of air strikes by Russian aircraft on Palmyra, and near it the ancient Palmyra. Konashenkov called such allegations “an absolute lie”. “All the foreign media reports that Russian planes allegedly launched air strikes on the city of Palmyra, an absolute lie,” Konashenkov was quoted by Interfax. He stressed that the Russian aircraft in Syria “does not work on human settlements, especially by using the same architectural monuments”.

At the same time, the defense Ministry reported that a Russian bombing in Syria caused a panic among the militants. The military say that the terrorists move weapons in residential areas of cities, realizing the effectiveness of Russian intelligence in the detection of ammunition depots and a real threat of their destruction. “The armored fighters, as a rule, placed directly on the mosques, knowing full well that we will never hit them blows”, — stated in the message the Ministry of defense.