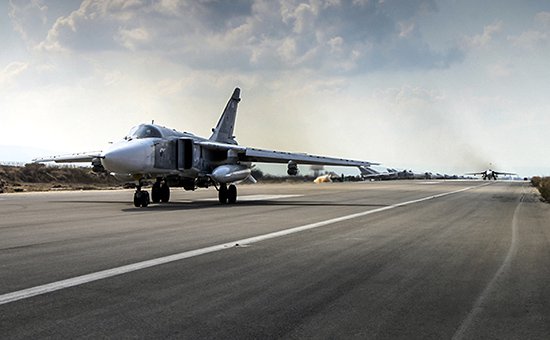 The Syrian government forces launched a ground operation against rebel forces, who oppose the official Damascus. The offensive was accompanied by a series of air strikes by Russian aircraft in the West of the country, reports Reuters, citing the Syrian center for human rights.

According to human rights activists, the attack on the rebel position was carried out at least in four places, but their exact location is not known. Russian aircraft attacked in Hama province and several districts of the nearby province of Idlib, pointed in the center.

Last week, sources in Lebanon told Reuters that hundreds of soldiers from Iran with weapons arrived in Syria to participate in ground operations against insurgents. The interlocutors of the Agency noted that by the onset of planning to join terrorist the Lebanese movement “Hezbollah”. One of the sources said that the operation will be accompanied by air strikes by Russian planes.

On Monday officials at the Pentagon told CNN that Moscow moved to Syria troops and weapons to conduct ground operations. They assumed that Russia strengthens the “ground activity” in order to support the government army in fighting against al-Assad’s opponents. In the Kremlin, denied this information. “CNN and could be confused. They confuse Putin with Yeltsin,” — said the press Secretary of the President Dmitry Peskov. He recalled the words of President Vladimir Putin, who has ruled out the possibility of a ground operation in Syria.

In recent weeks, Western countries repeatedly accused Russia that it does not strikes on Islamic state (activity is prohibited in Russia), and the Syrian opposition. “[Russia] is focusing on the territory held by the opponents of the regime, which can be a number of extremists, but, according to our analysts, there are few forces of the IG, if indeed it exists,” — said in the White house.

On 2 October the Turkish foreign Ministry issued a statement on behalf of the seven countries participating in the antiterrorist coalition, calling for Russia to immediately end strikes on the rebels. Later, several Syrian opposition groups called on regional countries to form an Alliance to fight “Russian-Iranian occupation of Syria”.

In Moscow information about the attacks on rebel forces repeatedly denied. In the daily reports of the Ministry of defense among the targets of attacks by Russian aircraft are only the positions of militants “Islamic state”. The President’s press Secretary Dmitry Peskov said that information about the attacks of the Russian air force for the moderate opposition in Syria “imposed from the outside”. According to him, data offered the Russian defense Ministry are “exhaustive”.