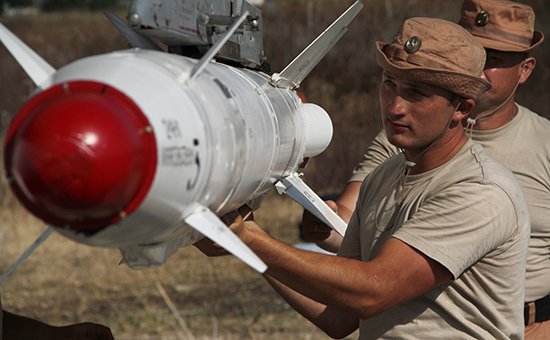 As stated by Turkish Prime Minister Ahmet Davutoglu during the opening of the schools in Istanbul, only two of 57 airstrikes that Russian aircraft attacked the Syrian territory struck positions of the Islamic state (organization banned in Russia). The rest of the Russian airstrikes, according to Davutoglu, whose words results Reuters, were directed against the moderate Syrian opposition, which is fighting is militants in North-West Syria.

The Turkish Prime Minister also stated that he doesn’t want the Syrian conflict was the cause of the deterioration of relations between Russia and NATO, which member is Turkey, and Russian-Turkish relations.

Moreover, Turkish Prime Minister, whose speech was broadcast by state television of Turkey, stressed that, despite the absence of a conflict of interests with Russia, Turkey won’t allow violation of its airspace and will not jeopardize the security of its borders.

Earlier on 7 October, the Turkish foreign Ministry expressed the Russian Ambassador in Ankara protest in connection with violation of the space of the country by planes of the Russian air force. For
last week Turkey was twice accused Russian aircraft of violating its airspace. In Ankara clarified that these incidents occurred on 3 and 4 October. The defense Ministry explained the incident to bad weather conditions.

On the eve of President Recep Tayyip Erdogan said that Moscow had much to lose if her friendship with Ankara will stop. “Attack on Turkey would mean an attack on NATO. It is known that we have good relations with Russia. But if Russia lose a friend like Turkey, with which it collaborates on a number of issues, she’ll lose a lot,” he said.

Russia launched a military operation against Islamic state in Syria on September 30. Many Western politicians said that the Russian air strikes were aimed not at ISIS but at Syrian opposition. However, in reports of the Ministry of defense of Russia on military action in Syria, which are published on the Agency’s website, contains information only about the strikes against is positions.

On the eve of the representative of the Russian foreign Ministry Maria Zakharova said that since the beginning of operation of Russia in Syria to the world media turned a powerful anti-Russian campaign. According to her, a number of Western papers accuse Russia of crimes without providing a credible source of information.