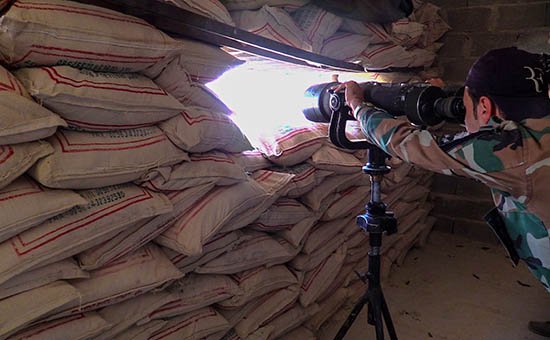 Moscow may accept the proposal on the Pentagon’s coordination with the U.S. in the fight against “Islamic state” (organization banned in Russia). This was stated by the official representative of the defense Ministry major General Igor Konashenkov, reports Interfax.

“The defense Ministry responded to the request of the Pentagon and promptly considered the proposals of the Americans on coordination of actions in the fight against terrorist group ISIL in Syria. In General, these proposals can be accepted for implementation,” he said.

According to Konashenkov, for coordination “is required only to clarify some technical details.” The representative of the Ministry of defense said that on Wednesday, October 7, they will discuss Russian and American military “expert level”.

Yesterday, an unnamed U.S. official told Reuters that Russia announced its readiness to resume consultations with the US regarding the use of aviation in Syria. Before that, the Pentagon chief Ashton Carter called for the early holding of the second round of consultations on the prevention of possible conflicts between Russia and the U.S. in the skies over Syria. The first such negotiations took place on 1 October.

On Tuesday, the U.S. military reported the first visual contact with the aircraft of Russia in Syria. According to the commander of U.S. air force Lieutenant General Charles brown, the distance between Russian and U.S. aircraft was about 20 miles (32 km).

The day before Deputy defense Minister Anatoly Antonov said that the Pentagon and the defense Ministry are working on a document on the interaction of aviation in Syria in the fight against ISIS. He clarified that the document was supported by the General staff. In addition, the Russian military turned to the countries of the international coalition to provide Moscow with data on the positions of militants in Syria.