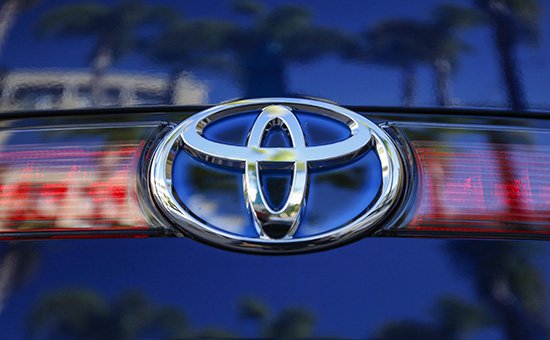 The Department for the suppression of the financing of terrorism of the U.S. Treasury started an investigation against the company Toyota: the automaker has been asked to explain how thousands of new SUVs and Toyota pickups are the terrorists of the “Islamic state”, reports channel ABC.

“We have informed the Treasury on the supply chain of Toyota in the middle East and procedures performed to ensure the integrity of the supply chain,” said ed Lewis, Director of communications office of the concern in Washington. He added that Toyota holds a “strict policy” that does not allow the sale of vehicles if you suspect that they will be in paramilitary organizations, or will fall to the terrorists. However, he clarified that the company cannot track vehicles which were either stolen or resold by intermediaries.

In the material ABC says that in a propaganda video “Islamic state”, whose activities are banned in Russia, the militants patrol the streets of Syrian cities on pickups Toyota Hilux and Land Cruiser. It is noted that the Islamists are also used by Mitsubishi, Hyundai and Isuzu.

Former U.S. Ambassador to the UN mark Wallace told the publication that the popular models of Toyota Hilux and Land Cruiser have become actually part of the brand of IG. “I don’t think Toyota is trying to intentionally profit from it,” said Wallace. “They should clarify it — how to get there these trucks. I think they need to clarify and put an end to this, to introduce a really effective procedure on the ground that in the future we never saw militants using machine Toyota,” added Wallace.

The Toyota representative also told ABC that the company’s executives met with representatives of the U.S. Treasury and discussed these issues. However, they refused to disclose the content of negotiations.