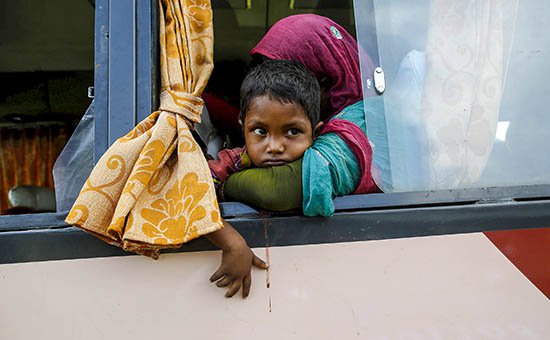 The EU leadership wants to send from Europe hundreds of thousands of migrants from countries such as Niger and Eritrea, according to The Times. Brussels requires from these countries to accept the refugees back.

In case of refusal to accept economic migrants returning from Brussels is threatening the suspension of humanitarian assistance, the abandonment of trade and visa agreements. In addition, more than 400 thousand migrants arrived in Europe in the first half of the year will not be recognized as refugees and not entitled to asylum.

As previously wrote, the power of Germany alone, awaiting the arrival in the country to 1.5 million workers in 2015, which is almost two times higher than previous estimates, amounting to 800 thousand migrants. This was discussed in a secret government report. “The migration pressure will lead to a further increase [in the number of migrants]. We expect from 7 thousand to 10 thousand illegal migrants will cross the border every day in the fourth quarter of 2015,” — quoted newspaper Bild report.

In the report, authorities are also concerns that those who are granted asylum, will attract to Germany for their families. Considering family ties in the middle East, it would mean that every person from this region who has been granted asylum in Germany will bring an average of four to eight members of his family.

A plan to introduce mandatory quotas for the reception of refugees in the EU was proposed by European Commission President Jean-Claude Juncker and adopted by the heads of the Ministry of internal Affairs of the European Union on September 22. Against the plan were Romania, the Czech Republic, Slovakia and Hungary. Finland abstained. The decision was taken by simple majority, allowing to overcome the veto of Eastern European countries.