The representatives of the Russian foreign Ministry said that Deputy foreign Minister Igor Morgulov met with his Japanese counterpart and discussed bilateral relations. 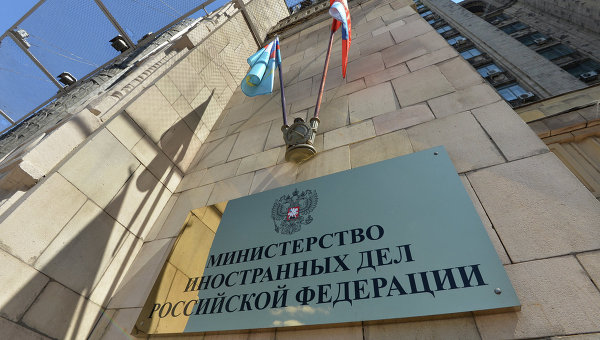 MOSCOW, 16 Oct. Current issues in Russian-Japanese relations were discussed by Deputy foreign Minister of the Russian Federation Igor Morgulov with the Ambassador of Japan in Russia Tikahito Hardoi.

“They discussed some current issues of Russian-Japanese relations”, — stated in the message of the Russian foreign Ministry.

Earlier this week, Japanese newspaper Nikkei citing sources reported that Russia and Japan are considering to postpone the Russian President’s visit to Tokyo in the spring of next year. The reason alleged is that the preparation of an agreement on economic issues and the territorial issue need time, writes the edition.

To prepare the visit, according to the newspaper, in January next year in Japan can arrive the Minister for foreign Affairs of Russia Sergey Lavrov. Secretary General of the government of Japan acehide Suga at a press conference in Tokyo confirmed his country’s intention to conduct the visit of the Russian President before the end of this year.

The President’s press Secretary Dmitry Peskov said Wednesday that proposals on the date of the visit of Russian President Vladimir Putin to Japan from Tokyo was received.

The official representative of the Russian foreign Ministry Maria Zakharova at the briefing have also not confirmed the information about preparing for the visit of foreign Minister Lavrov to Japan.