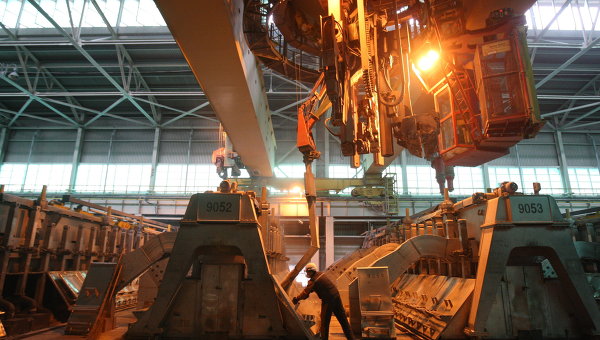 MOSCOW, 25 Oct. Substantial growth of volumes of production of non-ferrous metals in Russia in the medium term is not expected, according to the forecast of socio-economic development, the MAYOR, submitted to the Duma together with the budget in 2016.

Subject to the assumptions, the production index in ferrous metallurgy of Russia in 2018 will be at 97.6% compared to 2014.

In submissions noted that on the whole projected period of investment pause is stored. So the level of investment by 2018 to 2014 is 98.8% (in the baseline).

The recent depreciation of the currency ruble revenue increases of steelmakers (the share of exports of Russian non-ferrous metallurgy accounts for about 75% of production volumes). However, further revenue growth of 3% (2014 to 2018) does not compensate for significant growth in ruble-denominated costs.

The MAYOR also notes that the forecast prices for non-ferrous metals, which give the experts of the World Bank, the group of non-ferrous metals show a decrease by 11.9% in 2015, with 2016 forecasted a slight increase, which by 2018 will amount to 102.3% from the current year level. This implies a significant reduction in the efficiency of export operations.

Nevertheless, today, a major programme on modernization and restructuring of the aluminium industry of the Russian Federation. Long-term development of the industry will depend primarily on the effectiveness of its implementation, according to the document.