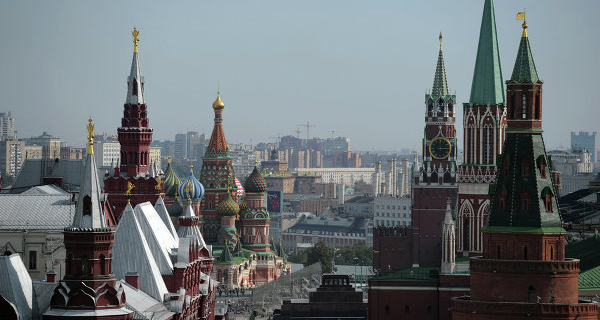 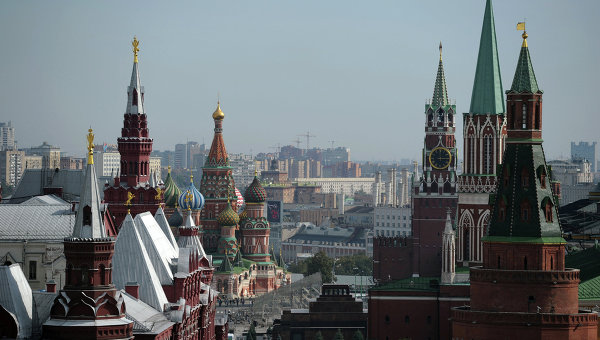 MOSCOW, 28 Oct. A new result of Russia in the Doing Business ranking, where Russia has occupied the 51st place compared to 62nd in last year’s study, supports the positive trend of the last four years and demonstrates the high dynamics of reform, the country has a considerable lead among the BRICS countries, said the coordinator of world Bank programs in Russia Sylvie Bossoutrot.

The world Bank (WB) and international Finance Corporation (IFC) yesterday published a rating of Doing Business-2016, according to which Russia has climbed to 51st place. In last year’s study, Russia was ranked 62nd place ranking; however, the method of assessments was revised for the second year in a row. If you compare the achievements of the Russian Federation with the previous ranking, the position has improved by 11 points. However, in accordance with the new methodology the world Bank has revised previous rating of Russia by lifting it back up to 54 seats in 2015. In this regard, in the interpretation of the new methodology, the increase was three points, which caused different interpretations in estimations of growth of a rating of the Russian Federation.

This year, notes Bossutro, in the research methodology there have been a number of changes. “If in previous years the report focused mainly on regulatory effectiveness is the speed and cost of obtaining services, now also will measure the quality of regulation (for example, reliability of services, availability of information, availability of legal protection in the event of a problem),” she explains.

“This year I would particularly like to note the results of Russia in the field of grid connection. Several years ago, Russia was one of the last places in the world. Today — thanks to the significant reforms, as well as due to the introduction of a new index for grid reliability — Russia climbed to 29th place,” notes Bossutro, whose words are included in the statement.

Also, this year Russia is among the top ten leading countries according to two indicators, she notes. This is the 8th place for property registration and 5th for enforcing contracts.

The report notes positive reforms in the five areas of regulation study “Doing business”. Thus, in the area of registration of enterprises in Russia has simplified the registration of companies in Moscow, reducing the timing of the opening of Bank accounts for legal entities.

In the field connection to the power grid Russia has simplified and reduced the price process of connecting to the grid, by lifting the inspection counter, the power supply company and the reduction of tariffs for connection.

“In the field of registration of property rights: Russia has simplified the transfer of ownership, reduced terms of registration”, — the expert continues. This figure now includes an index assessing the quality land administration. The index considers 30 questions on reliability, transparency and geographic coverage of the system of land administration and resolution of land disputes. Russia received 26 out of 30 points — ahead of the USA, Canada, Australia and the BRICS countries.

With regard to lending, Russia improved access to credit by creating the registry of notifications about pledge of movable property and changes in legislation that allow a General description of the mixed asset category for the collateral. Now with the help of registry in real time lenders can check whether a potential borrower already defined property as collateral.

In the taxation of Russia has reduced the total tax rate, excluding movable property from the tax base of corporate ownership.

COVENANTS FOR THE FUTURE

“International trade is one of the areas in which further reforms were needed. But these challenges should not stand only in front of the Federal customs service, which is actively modernizing, but also to other participants of foreign economic activity, and also depends on the condition of the market of transportations in Russia”, — believes Bossutro.

Another area that Russia should pay special attention, in the opinion of the representative of the WB, is a building permission. “In recent years Russia has made significant progress, greatly reducing the number of procedures, improving efficiency and transparency of the permitting process in construction. Further reforms may be associated, for example, with the widespread introduction of electronic services,” she notes.

Also Bossutro particularly notes the importance of further improving the protection of investors and minority shareholders, since, it is an important element of an enabling environment for investment needed for economic growth.

In addition, in her opinion, there are a number of areas that are not covered by the indicators of the study “Doing business”, but essential for business development and growth of the private sector in which Russia continues to lag behind. For example, labour productivity, where the figures for Russia are much lower than the average OECD indicators, lack of skilled workforce is a barrier to doing business, which often says the private sector. “And, of course, for the development of the Russian economy is very important to develop competition,” she said.

“For such big country as Russia, the important issue is the improvement of the so-called “connectivity”, or in English “connectivity”. These are questions that relate to different spheres, including transport infrastructure, export competitiveness, logistics, trade facilitation, effective border control, proliferation of the Internet and so on,” says Bossutro.

According to her, the study of these fields together is very important to identify interventions that promote economic growth and eliminate gaps between regions.

The report “Doing business” is drawn 13 times and covers 189 countries. He explores the regulations that promote or impede business development in the entire activity cycle, including the establishment of the enterprise, doing business, foreign trade, tax payment, and the level of investor protection.

Heads the world ranking on creating the most favorable conditions for doing business for the tenth consecutive year Singapore. Besides him, the ten leaders of a rating included: New Zealand, Denmark, South Korea, Hong Kong, UK, USA, Sweden, Norway and Finland.