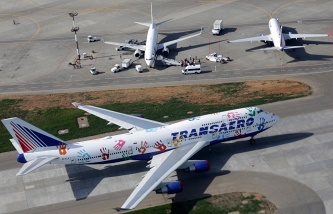 MOSCOW, October 29. Specialized database of vacancies for employment of the staff of “Transaero” offers contains from about 15 organizations, including “Aeroflot”, “Siberia”, “Gazprom Avia”, as well as major airports – “Sheremetyevo”, “Vnukovo”. This was reported to journalists by the Minister of labour and social protection Maxim Topilin.

“Specialized database of vacancies includes offers about 15 organizations. Among them “Aeroflot”, “Siberia”, “Gazprom Avia”, as well as major airports – “Sheremetyevo”, “Vnukovo”. The issue of employment of workers in the near future will connect employment services Khabarovsk, Novosibirsk, Krasnoyarsk, Ekaterinburg and St. Petersburg, where there are divisions of “Transaero”, – said the Minister.

He noted that in Moscow for employees of Transaero opened an information and consulting center, who went to work on a daily basis. In it, employees receive not only the help in finding vacancies, but also advice on employment law and other legal matters.

According to Rostrud, on October 27, 2015 the staff of “Transaero” is 10 712 people, of which 956 people are on leave for pregnancy and childbirth, to care for a child. According to the Agency, to date, Aeroflot is taking steps employment 6 060 workers Transaero airlines, including pilots, flight attendants, ground maintenance specialists and security services.