“Russian factor” has a big impact on company profits and on employment in border with the Murmansk region neverisky provinces. According to the Consul General of Norway, the total turnover of the organizations whose activity is connected with Russia, is about 181 million euros. 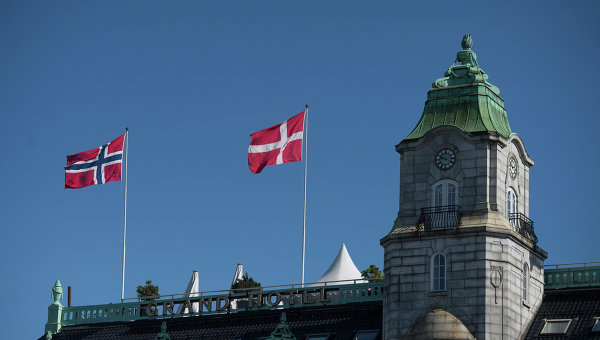 NICKEL (Murmansk region), 29 Oct. The total turnover of all organisations working in the border with the Murmansk region, the province of Sør-Varanger and whose activity is connected with Russia, is about 1.7 billion euros (about 181 million euros), said at the opening of the days of cross-border cooperation the Consul General of Norway in Murmansk OLE Andreas Lindeman.

Norwegian Kirkenes, located eight kilometers from the border with Russia, in the region called “Russian city on Norwegian soil”: the Russians are coming here for the weekend, buy food, clothing and baby diapers, which have become a symbol of cross-border trade. Norwegians, in turn, go to the neighbors for cheap petrol and alcohol.

Norwegians have long used the term “Russian factor” in the border economy. A special study was conducted during the last year. It was assumed that the “Russian factor” makes a turnover of 1.3 billion kroons, but this figure was understated.

“The total turnover of all organizations of the companies, whose activity is connected with Russia in 2014 amounted to 1.7 billion crowns — more than expected according to preliminary estimates,” said Lindeman. It was found that two-thirds of the total turnover belongs to the Maritime industry, about 800 million crowns per year. The retail trade turnover amounted to approximately 310 million crowns. This rate is flexible and depends largely on the currency fluctuations: recently, for the Russians had become too profitable to go to Norway for shopping due to the growth rate of the Koruna against the ruble.

“The so-called Russian factor affects not only the turnover but also on employment of the population in Sør-Varanger. 40% of the total employment attributable to relations with Russia”, — said the Consul. He offered to conduct such a study and to investigate the role of the “Norwegian factor” in the economy of the Russian border region of Pechenga.