Robots English, Irish and Russian production will compete in two weight categories of 50 and 100 pounds. In the final the winner of the first fight with major appliances. 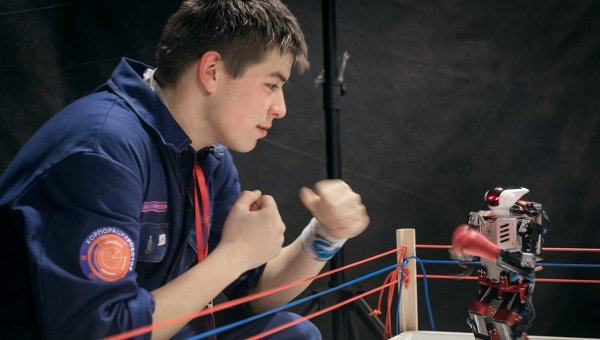 MOSCOW, 31 Oct. Robot fights take place in Moscow on Saturday and Sunday at the forum “Open innovation”, for the first time in Russia, these fights will take place in heavy category.

Battle robots — known international format show in which teams put forth to fight their robots. In Moscow will pass demonstration performances of robots in two weight categories: heavy weight — heavy robots, and the average weight is fifty-kilogram. In the final battle of the robot-the winner will compete with major appliances or metal construction. Robots in heavy category are held in Russia for the first time.

“A new project from the Bal robotov show “Brenbot 2015. Autumn warm-up” — dedicated to the creation of the eponymous Russian Federation Military robots “Brobot” and gives the start of large-scale battles that will take place in February 2016 in Moscow. Robot fights “Brenbot 2015. Autumn warm-up” inspired by the iconic world famous shows in Europe and America, which have millions of fans worldwide,” reads the press release of the organizer.

Only in battles will involve more than 8 combat vehicles English, Irish and Russian origin. Among the robots of domestic production — “Fights mk2”, “mercury”, “the Peacemaker”.

“Robots only English, Irish and Russian origin — we have robot fights in a truncated format, so the audience watched, what it is,” said one of the organizers of the fighting Elena Bedos.

Robots are evaluated on several criteria: the aggression, the amount of damage inflicted on the enemy, strategy and management.

From 15 may to 15 June in Moscow hosted the international interactive show-exhibition “Ball robots”. It is located in the Artplay design center. In Moscow gathered more than 40 robots from Germany, UK, USA, Russia and other countries.