The new Belarusian ruble will still equal 10 thousand. Exchange of banknotes will be carried out without restriction and without payment of remuneration from 2017 to 2019. 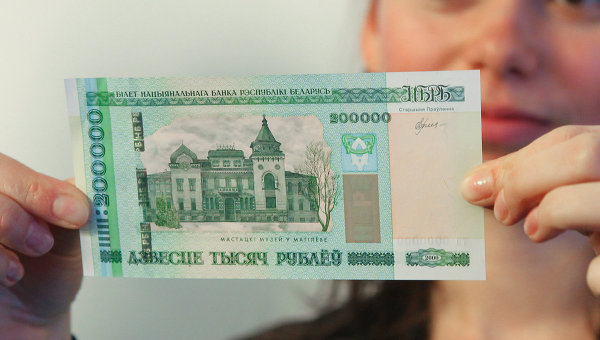 MINSK, 4 Nov. The denomination of the Belarusian ruble will be held from 1 July 2016, according to the press service of the President of Belarus.

From 1 July to 31 December 2016, manufacturers, sellers, suppliers, performers and their representatives when providing consumers with information about proposed goods (works, services) are required to specify the prices (tariffs) in banknotes of 2000 and 2009.