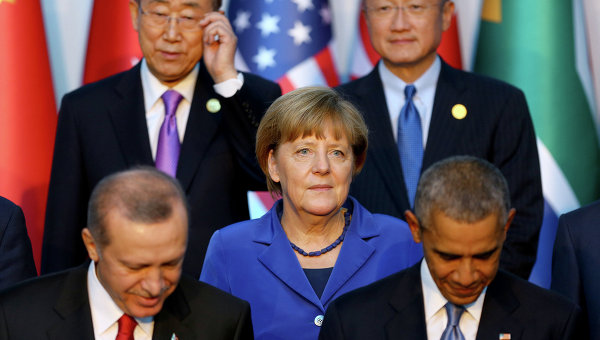 MOSCOW, 16 Nov. Conversation of Russian President Vladimir Putin with German Chancellor Angela Merkel was very specific, discussed the fight against terrorism, Syria and Ukraine, as well as issues of Association and of Kyiv, reported the press Secretary of the Russian President, Dmitry Peskov.

“Conversation with Merkel very specific — the fight against terrorism, Ukraine — here is the theme in a particular key was considered”, — said the press Secretary of the President Dmitry Peskov.

According to him, the Ministers also discussed the EU Association and Ukraine. “Unfortunately, our contacts with the Europeans and the Ukrainians do not bring the desired results, and the impact of the entry into force of this agreement continues to remain negative. Attempts to discuss this issue while not successful and there is even a regression from the point of view of the reluctance of the European partners to respond to the concerns of Russia,” — said the President’s press Secretary Dmitry Peskov.