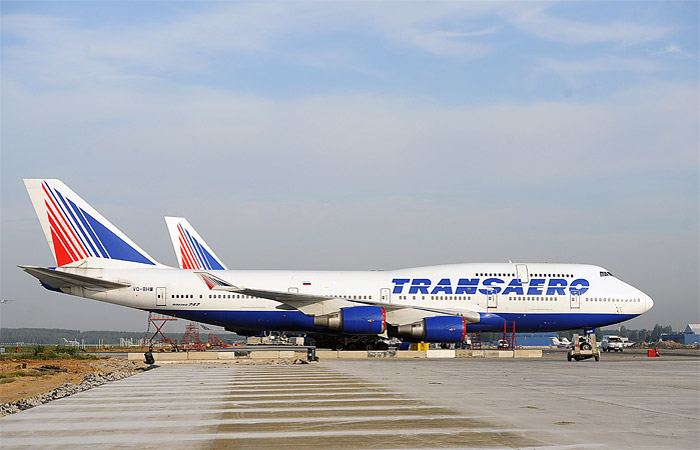 As on Friday has informed “Aeroflot”, Dmitry Saprykin, head of “Transaero” from the 7th of September this year, has left the company and took the post of the General Director of airline “Russia”.

At the end of October this year, six banks-creditors of “Transaero” sent a letter to the Chairman of the Board of Directors of “Transaero” Olga Pleshakova with the request to change the CEO. In a letter to the candidates for the post of the General Director “Transaero” has suggested Burdin, who previously worked in the company “RUSAL”. Then Pleshakova confirmed receipt of the letter and wrote on his Twitter, that the Board of Directors at the nearest session will consider the proposal.

However, at the meeting of October 23, it was decided to appoint to the post of the General Director “Transaero airlines” Deputy head of flight Department of airline Valery Zaitsev. But changes to the register has not been implemented: as of 20 November, the General Director of “Transaero” Saprykin says. Earlier in interview the head of “Aeroflot” Vitaly Saveliev reported that Saprykin has not received “legal papers” about his resignation. Sources reported that the hares left “Transaero”, he was asked to go in S7 (what position is unknown).

Aleksander Burdin in 2000-2011 year I worked in RUSAL. As reported in the press service of the company, he left RUSAL as Director of packaging production. After worked in the company Unitile, which is engaged in ceramic production.

As previously reported, the air operator certificate of airline “Transaero” was cancelled on October 26, “in connection with deterioration of key performance indicators and financial-economic state activities that affect the safety and rights of consumers”.