Russian su-24 was shot down in Syria by a missile fired from aboard a Turkish F-16. The Russian Prime Minister, commenting on the situation, called the most severe consequences of the incident to relations between the two countries. 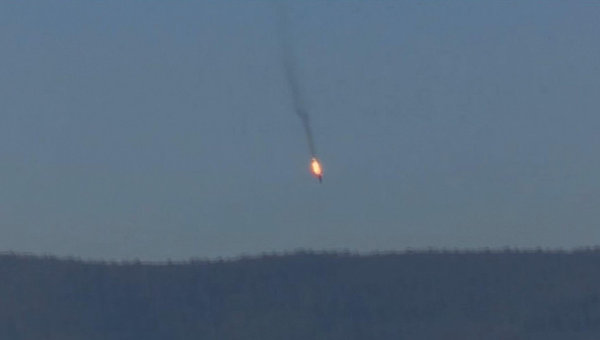 EKATERINBURG, 25 Nov. The actions of Turkey, which brought down a Russian su-24 has led to the fact that was undermined a long good-neighborly relations between Russia and Turkey, including in the economy and the humanitarian sphere, the damage will be hard to fill, said Prime Minister Dmitry Medvedev.

Medvedev commented on the events associated with the Russian su-24 aircraft, on arrival in Ekaterinburg after a trip to Southeast Asia.

“Reckless criminal actions of the Turkish authorities, brought down the Russian plane have led to three consequences. First, a dangerous aggravation of relations between Russia and NATO, which cannot be justified by any interests, including the protection of state borders. Secondly, Turkey has demonstrated by his actions, in fact, the protection of militants of the “Islamic state”. Not surprisingly, given the available information about the direct financial interest of some officials of Turkey, connected with deliveries of oil products manufactured at the enterprises belonging to the ISIL. And thirdly, undermined by a long good-neighborly relations between Russia and Turkey, including in the economy and the humanitarian sphere. This damage will be difficult to fill, it is a direct consequence could be the refusal of a number of important joint projects and the loss of Turkish companies their positions in the Russian market”, — said Medvedev.