MOSCOW, November 25. The Federation Council approved on Wednesday a law making the adjustments to the budget of the current year. The size of the income and expenses increased and the deficit decreased by 0.5 trillion rubles. 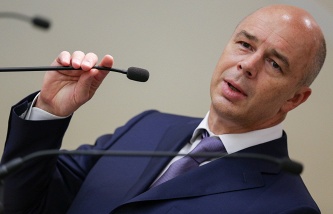 As explained by the head of the Federation Council Committee on budget and financial markets Sergey Ryabukhin, the law adjusted key parameters of the budget due to the fact that “the government appreciated the real possibility, based on actual 9 months of the current year”. In particular, the Senator noted, the budget’s expenditure increased by 13.3 trillion rubles In this part, he said, “all skeptical of expert evaluation, the data in the beginning of the year, shamed: the economy makes it impossible to increase their own income”. Increased and the total amount of expenditures at 202 billion rubles, but the budget deficit eventually declined 0.5 trnl RUB.

Due to this, said Ryabukhin, 124 billion rubles are directed on repayment of deficiency of the Pension Fund of Russia (PFR), more than 30 billion roubles will be spent on the contributions of the Russian Federation in the authorized capital of the Asian infrastructure investment Bank (AIIB) and the New development Bank of BRICS. Part of the funds allocated for balanced regional budgets.

According to the Senator, these amendments will be of great importance for the formation of next year’s budget. “With regard to balance regional budgets, solving the problem this year, we are reducing the problem, which could be relocated in 2016”, – he stressed. “It would seem that this is an ongoing, everyday change the current year’s budget, but it has far-reaching implications from the point of view of stability, the balance of the consolidated budget of the country”, – concluded the MP.