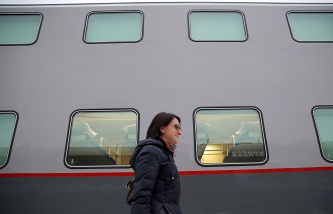 MOSCOW, November 27. The government has decided to lower VAT rates for rail passenger transportation long-haul from 18% to 10%, said Deputy Minister of transport of RF Alexey Tsydenov in the round table “Railway passenger transport: guaranteeing the sustainability and development vector”.

“Yesterday the government approved the proposal of VAT on passenger transport long-distance at the rate of 10 per cent,” he said.

Earlier, the President of the Russian Railways Oleg Belozerov noted that the tax rate reduction will allow JSC “Russian Railways” (RZD) to allocate about 10 billion rubles for the purchase of passenger carriages.

“Long-distance it is necessary to create a more or less equal terms between different modes of transport, including rail and aviation. We would ask in this part is also to reduce the rate of value added tax – at least up to 10%, but in General, would be considered the correct rate of value added tax in the suburbs and 0%. This would give us the opportunity of about 10 billion rubles next year to invest in cars that would allow us to reduce the cost and load our production”, – said the head of Russian Railways.

According to the Vice-resident of the Russian Railways, General Director of Federal passenger company Mikhail Akulov, this measure will allow to acquire the 186 cars, including 74 – two-storeys.

We will remind, earlier it was Tsydenov estimated amount of foregone revenues from the introduction of this measure in 10 billion rubles per year.