MOSCOW, November 27. The government of the Russian Federation supported the bill providing for the right of municipal employees to purchase a gift received in connection with the performance of official duties. A review on the bill is available on the website of the Cabinet.

“The bill is aimed at ensuring a uniform approach regarding the introduction of anti-corruption standards in the field of state and municipal management”, – stated in the text of the review by the government. 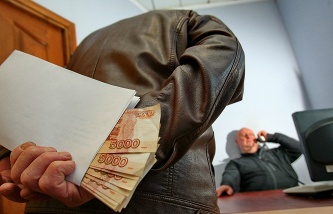 In October, the government approved the rules for notification of receipt of gifts by the Prime Minister, his deputies, Federal Ministers and other senior officials, the management of which activity carries out the Cabinet.

For the purpose of redemption of the gift by the administrative Department of the President of the Russian Federation or a corresponding structural unit of the Ministry or Department the evaluation results of the gift are available not later than three months from the date of receipt of the application, then the officer has a month to redeem the gift. Proceeds from this will go to the budget.

Those gifts that are not wished to redeem it, can be used in the official residence of the Premier, the facilities Manager of President and subordinate organizations, ministries and departments. If the Deputy Minister – the head of the Cabinet of Ministers (in the case of gifts to the Prime Minister or Deputy Prime Ministers) or the heads of ministries and agencies will consider the use of a gift is impractical, the decision about donation to charitable organizations, the Museum or about their destruction.