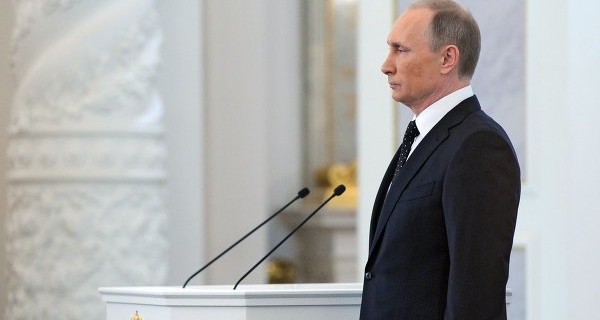 In his address to the Federal Assembly of the Russian President touched upon the topics of terrorism and international security, with particular reference to the relations of Russia with Turkey, and has also raised a number of social problems. 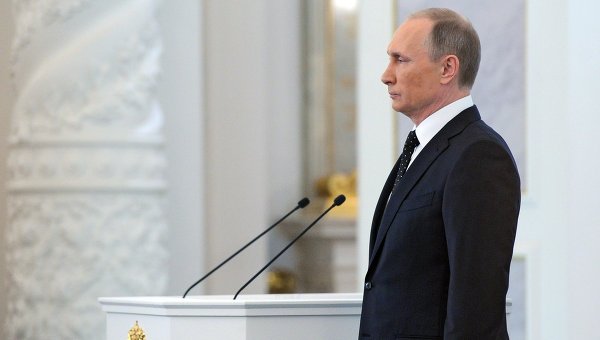 MOSCOW, 3 Dec. The President of Russia Vladimir Putin in the message to the Federal Assembly expressed the need to create a powerful anti-terrorist front, said that Russia does not intend to rattle the saber and that Turkey’s problems are just beginning.

The President also proposed to extend by two years the program netcapital, to withdraw unused agricultural land and to extend an Amnesty of capital for six months.

The head of state began his speech by thanking all who struggle with terrorism, and with a minute of silence in memory of the victims. He noted that in the hall there are pilots and military — participants of the antiterrorist operation in Syria, as well as relatives of Russians who died in Syria. In all, the problem of the terrorist threat the President has devoted nearly a quarter of his speech, which lasted 58 minutes.

He stated that “it is impossible to defeat international terrorism by one country, especially in conditions when the border actually opened in the world, and the world is experiencing a new migration of Nations, when the terrorists are receiving ongoing financial support.”

“Every civilized state now has an obligation to contribute to the defeat of the terrorists, to reaffirm its solidarity, and not by declarations, but by concrete action. This means that no asylum to criminals, no double standards, no contacts with any terrorist organizations. Any attempt to use them for their own purposes, no criminal, bloody business with terrorists,” Putin said.

“We are not going and won’t rattle the saber. But if someone thinks that, having committed a despicable war crime, the killing of our people, they will get off with a tomato or some limitations in construction and other industries, they are deeply mistaken”, — he stressed.

Putin said that Russia know who is in Turkey makes money for the stolen oil and recruit mercenaries, and that he did not understand why Turkey has shot down a su-24, because any concerns and contradictions could be solved in another way.

“I do, dear colleagues, do not understand why they did it. Any questions, any problems, any controversies, which we have not even seen, could have been resolved a completely different way. Moreover, we were ready to cooperate with Turkey on the most sensitive issues for her and were willing to go as far as their allies were unwilling to do. Only, perhaps, Allah knows why they did it. And, apparently, Allah decided to punish the ruling clique in Turkey, depriving her of reason and mind,” he said.

However, according to Putin, wait for the “nervous and hysterical reactions” to the actions of Turkey by Russia is not worth it.

He also offered to host in 2016 the recapitalization Fund of industry support by 20 billion rubles.

Speaking about agriculture, the President noted that Russia in this area has made a breakthrough, and by 2020, the need to fully provide domestic market with domestic food. He also noted that Russia may become the largest global supplier of healthy, organic, quality food.

“I think it necessary to extend the program of the parent capital for at least another two years”, — said the head of state.

The head of state said that in the MLA need to create a special Federal money to Finance expensive operations, and related amendments, the state Duma should accept in the spring.
Key statements of Vladimir Putin — online-report Ria.ru >>