BELGRADE, December 3. The Minister of foreign Affairs of the Russian Federation Sergey Lavrov with foreign Minister of Turkey Mevlut Cavusoglu has begun in Belgrade. 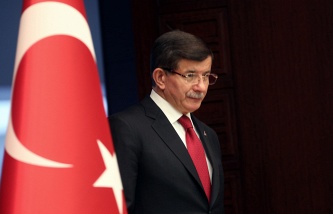 On the eve Lavrov said that the contacts on the sidelines of the OSCE Ministerial Council meeting requested the Turkish side and stated that to avoid the meeting is not intended.

“I talked the day after this violation of international law (attacks on Russian su-24 approx.) with the foreign Minister of Turkey Cavusoglu and have not heard from him is nothing new compared with what the Turkish leadership was publicly announced, to justify their unacceptable criminal action. Now the Turkish side urges to organize face-to-face meeting with the Turkish foreign Minister on the sidelines of the OSCE Ministerial Council in Belgrade. We will not shy away from contact, listen, what we say, Mr. Cavusoglu. Maybe something new compared to what has been spoken publicly,” said Wednesday at a press conference in Nicosia Lavrov.