No one wants Russia to suffer. I hope that in the future we will be able to return to normal relations — both political and cultural, said the Minister of foreign Affairs of Lithuania Linas Linkevičius. 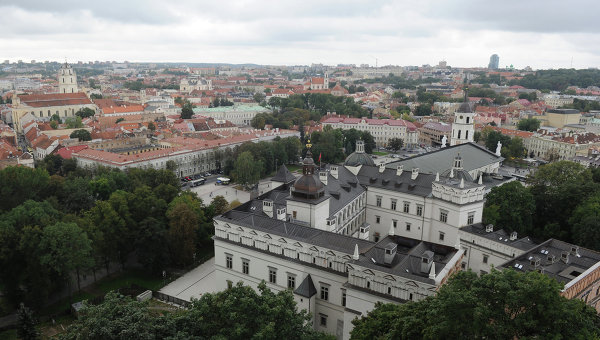 MOSCOW, 4 Dec. The Minister of foreign Affairs of Lithuania Linas Linkevičius hopes for a thaw in relations between Vilnius and Moscow.

“The consequences (imposed by the EU sanctions against Russia and Moscow’s response) commensurate with, and exports to Russia have suffered. Speaking of food supplies, for example, Lithuanian dairy products were very popular among the residents of the Kaliningrad region, in 2015 they decreased by 25%. On the other hand, it seems that only 4% were produced in Lithuania; the rest re-exports. Of course, this is a big blow to our car industry. It is harmful, but not critical,” said Linkevicius, the Agency Sputnik.

He expressed the hope that in the future relations of Lithuania and Russia will be restored. “We know that this (sanctions) is harmful and Russia. However, no one wants Russia to suffer. I hope that in the future we will be able to return to normal relations — both political and cultural, but it cannot happen at the expense of any values and principles, and international obligations. This is our position”, — the Minister added.

Relations between Russia and the West deteriorated in connection with the situation in Ukraine. At the end of July 2014, the EU and the USA from the point of sanctions against certain individuals and companies have moved to measures against entire sectors of the Russian economy. In response, Russia has restricted food imports from countries that have imposed sanctions against her. In June 2015, in response to extension of sanctions, Russia has extended food embargo until 5 August 2016. The Russian authorities have repeatedly said that to talk with Moscow the language of sanctions inappropriate and counterproductive.