MOSCOW, December 15. Islamic military coalition led by Saudi Arabia may be useful in the fight against terrorism in the case that the participants will leave aside the foreign policy strife, caused by ideological contradictions, and unite in the fight against radical Islamism. Such opinion on Tuesday was expressed by the Chairman of the Federation Council Committee on international Affairs Konstantin Kosachev. 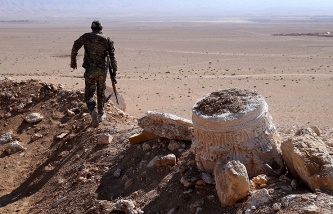 “The stated attempt is to unite the Islamic countries against radical Islam, to dissociate, to separate, to oppose his religion with the threat of monopolization and discrediting extremist tendencies. If possible, if this coalition will allow its members to leave aside foreign policy strife, largely due to ideological contradictions, it can be useful in the context of anti-terrorist fight,” Senator wrote on his page on the social network Facebook.

Kosachev stressed that although, “the coalition invited not only Sunni, but some Shiite countries (e.g., Yemen, Lebanon and Bahrain),” without Iran and Iraq “to talk about a functioning and effective coalition in any case not necessary”.

According to the head of the international Committee of the Federation Council, the fight against international terrorism “depends now on the willingness and ability of countries facing a common threat, to act jointly for the purpose stated and not blame the sly single “hostile” regimes”. “While not explicitly so, and not because of anything, although attempts to write off all the failures the last time more than enough,” he said.

Kosachev believes that “the fact that the unification initiatives are multiplying, can be both good and bad sign”. “The whole question of match or mismatch of the declared slogans and real problems. Time will put everything in its place. If you have enough time,” he wrote.