On plans for commercial cooperation of Russian companies with Brazilian oil giant Petrobras is not affected high-profile case of corruption, said the Director of the Latin American Department of the foreign Ministry Alexander Shchetinin. 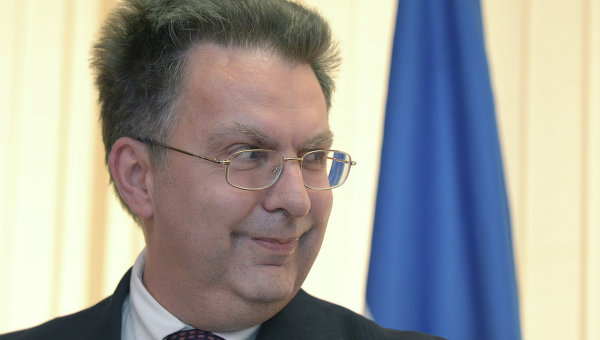 MOSCOW, 15 Dec –. High-profile case of corruption in the oil company Petrobras will not affect the plans for the commercial cooperation of Russian companies with the Brazilian oil giant, said in an interview with the Director of the Latin American Department of the Russian foreign Ministry Alexander Shchetinin.

In 2014 they opened a corruption scheme in Petrobras, which has seriously hit the image and the position of the company. The number of functionaries on behalf of the energy giant had signed contracts and was paid a Commission of 3% of the contract amount. These funds were used to bribe politicians and officials. According to authorities, overpricing and bribery brought the authors of the idea about 10 billion reais ($3.8 billion).

“Not only “Gazprom” cooperates with Petrobras is one of the world’s largest oil giants. Other energy companies are cooperating with him. If we are talking about personalities that support contacts with representatives of our economic structures, – Yes, personalities at Petrobras have changed, but the company remains. And she’s from the world market is not going away, and we continue to cooperate with it. At least any direct negative effects have not heard and are not directly affected”, said Shchetinin.

Speaking about a difficult internal political situation in the country, where the Parliament decided to start impeachment proceedings against the President, Shchetinin said that the Federation solidarity following the situation in Brazil and wishes the country to pass this period without serious shocks.

“First of all, while the formal procedure of impeachment in Brazil has not begun. What’s next – we’ll see. Of course, we follow the events that are now taking place in Brazil, with a great sense of solidarity with this country and wish her through this difficult period safely, without serious domestic political turmoil”, said Shchetinin.

“Our interest is Brazil a stable, strong, having a significant voice in international Affairs”, — the diplomat added.

Thousands of Brazilians during nationwide protests took to the streets demanding the dismissal of President Dilma Rousseff after the official beginning of process of impeachment. According to the newspaper “Foglia di San Paolo”, action planned in the capitals of all 26 States and 75 cities.

If the impeachment Committee will give the “green light,” the issue of impeachment of the President will review lower house of Parliament. To the request passed in the Senate, it must support two-thirds of the deputies.