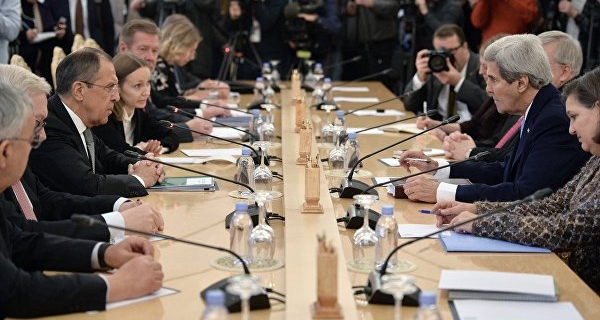 The results of the visit of John Kerry say that the United States will engage more with Russia, political scientists consider. They note that the U.S. and its partners now do not seek to change the regime of President Bashar al-Assad. 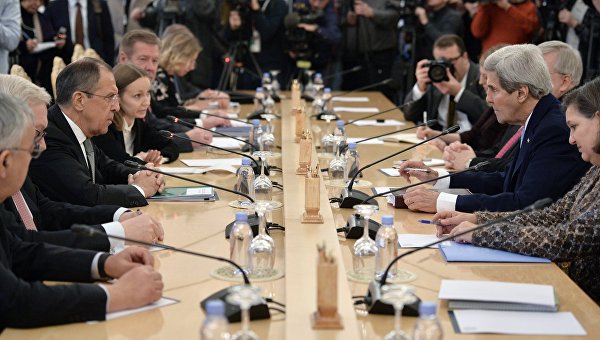 MOSCOW, 16 Dec. Statements by U.S. Secretary of state John Kerry about the readiness of Washington to work with Moscow to combat terrorist group “Islamic state” (Arabic name — DAYS that were banned in Russia) and that the US and partners currently do not seek to change the regime of Syria’s President Bashar Assad, is a significant achievement and step towards rapprochement of positions of both countries, experts say.

On Monday Moscow was visited by the U.S. Secretary of state John Kerry, in which he held talks not only with Russia’s foreign Minister, Sergey Lavrov, and Russian President Vladimir Putin. The main theme of the visit was expected Syrian settlement and coordination of the fight against terrorism.

According to Kerry, he told Putin that U.S. ready to work with Russia to combat ISIS. However, he made a surprise announcement that the U.S. and partners currently do not tend to change the Assad regime. The topic of Ukraine also has not been forgotten, including in relation to sanctions against Russia from the EU and the USA and with the implementation of the Minsk agreements. While Kerry stressed that the U.S. does not pursue a policy of isolation of Russia.

The statement by Kerry that the US currently are not seeking regime change in Syria is a major success for the negotiating process, says the head of the center Voyenno-political researches of Institute of the USA and Canada Russian Academy of Sciences Vladimir Batyuk. “This is a very important point, showing that a certain rapprochement of the parties”, — said the expert.

“This is a very important shift in the American position, something that the Russian side is long enough to achieve”, said Batiuk.

According to the Director of the Institute for strategic assessments Sergey Oznobishchev, the results of the visit, Kerry said that the United States will engage more with Russia.

“They certainly will. We also will, we’re on this path already entered,” said Sergey Oznobishchev, responding to a question about whether after Kerry’s visit of the US to try to seek more interaction with Russia.

He noted that statements about the need for a political solution to the conflict in Syria and that the country’s fate is up to the Syrian people, earlier in the abstract was perceived in the West, but “now perceived”.

“It is clear that the United States needs to join, what they do, then to participate in the post-war Syria, and to some extent the Middle East. You may assume that this vector of American policy is now being created”, — stressed the Director of the Institute for strategic assessments.

Batiuk stated that the question of lists of terrorist organizations operating in Syria, remains problematic. “Here, of course, has its pitfalls, to determine who is a terrorist and who is not” — said the expert.

“On this account between us still have a serious disagreement. There is still a very large amount of work,” says Batiuk.

The Oznobishchev believes that the termination of the U.S. desire for regime change in Syria “was traced over a period of time”. “Were already on the account statements, which showed that changes position, and this happened quite a long time”, — said the Agency interlocutor.

According to him, the West began to understand that the overthrow of the regimes in the middle East is not always a positive effect on the situation in the world. “I think that begin the thesis is obvious to us but not obvious to the United States: rampant the overthrow or displacement of ‘anti-democratic’ regimes, it is on the whole the world does not always brings peace and joy,” said Oznobishchev

The U.S. has no choice

According to Sergey Oznobishev, the situation in Syria develops in such a way that forced Washington to cooperate with Russia.

“The United States already remains nothing how to work together, because we’re there (in Syria — ed.) has begun its work, and either quick join and quick to jump on this train, or to remain behind, and it means to deprive themselves of the opportunity to participate in the political process that should start”, — said the Agency interlocutor.

The expert is sure that in one part of the agenda, the U.S. and Russia should consider “issues of bilateral and even multilateral, which are not resolved may be years.” “And in the other is the urgent challenges that require our joint and very close interaction. In my understanding, this is happening,” — summed up the Oznobishchev.

From September 30 to Russia at the request of President Bashar al-Assad began in Syria strike point air strikes against the Islamic state and “dzhebhat EN-Nusra” (both groups were banned in Russia). During this time, aerospace forces, with the participation of ships of the Caspian flotilla and black sea fleet submarine “Rostov-on-don” destroyed several hundred fighters and thousands of targets for terrorists.