The list of activities which participants will be able to enter Russia according to the following procedure, approved by the government of the Russian Federation.

Simplified entry for guests of the 2018 world Cup

The Ministry of sport of the Russian Federation participates in the process of developing a document that is intended to be a counterpart of the migration card for foreign citizens arriving to Russia in 2018 with the tickets for the matches of the FIFA world Cup, announced in September, the Deputy sports Minister Natalia Parshikova. 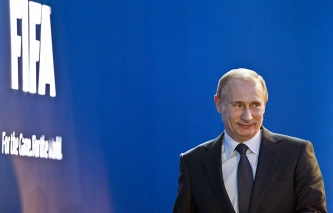 In Russia for all ticket holders for the 2018 world Cup during the tournament will operate a visa-free regime. Foreign spectators arriving in Russia in the period of the event, will be to enter without visa in the order established by the government of the Russian Federation. Volunteers from abroad will travel by ordinary humanitarian visas.

“We have visa-free entry, but you need to understand what would be grounds for crossing the border. Must be a document, a migration card, which will indicate who enters the country. The ticket would certainly be grounds to pass through border of the Russian Federation, but not to know who it goes with this ticket, we have no right. This is due to security issues and the establishment of the migratory flow. On the border needs to be decorated, the fact of entry,” said Parshikova.

Free entry for participants will operate during the sporting events themselves, as well as for five months before their commencement, provided that they will be included in the list of the International football Federation.